They say that elections are about the future. This is, of course, a half-truth; taking critical stock of the last four years and the incumbent or outgoing officeholder’s handling of the affairs of state is a key component of how voters evaluate candidates. This admonition is really aimed at campaigns. A candidate is often best advised to run an aspirational, forward-looking operation. Hopeless optimists that they are, Americans rarely view speculation about the long-term as an exercise in the macabre. Particularly after eight years of incumbency, voter anxiety grows palpable enough so that criticism of the outgoing administration will be rewarded regardless of which party’s candidate offers it. The 2016 presidential cycle has, however, upended this equation a bit since so many of the most prominent candidates are defending long records. This cycle has been a retrospective one, and that reflective focus has not even been primarily devoted to Barack Obama’s administration. Americans have been called upon to re-litigate feuds that cooled before even the dawn of the new century. That kind of ceaseless retrospection and the reanimation of long-buried anima have begun to sap political observers of enthusiasm for the coming contest.

The most obvious example of this phenomenon is the candidacy of former Secretary of State Hillary Clinton. Her presidential candidacy has not merely been an invitation to perform a critical review of the president’s first term; it has also become a soul-sucking time vortex drawing American punditry back into the 1990s. For a subset of left-leaning political journalists and progeny of “Generation X,” nothing could be more welcome. This decade was, however, characterized by more than an information technology bubble and the fruits of America’s uncontested global hegemony. It was a period of spectacular cynicism.

There is a superficial but popular contention among political observers that Hillary Clinton is greatly aided by the fact that her husband presided over a period in American history characterized by unparalleled peace and prosperity. That belief only holds up so long as you do not take too much stock in the fact that Clinton has been compelled by her restive left-flank to renounce virtually all of her husband’s most popular achievements. Both Clintons have denounced the era of “mass incarceration” that was inaugurated by the Clinton administration as both parties touted their tough-on-crime agendas. Hillary Clinton may later regret this pander to the progressive wing, as even FBI Director James Comey has warned that police feel increasingly intimidated by the press and the political class. Clinton has come out against the Defense of Marriage Act, and even laughably told MSNBC host Rachel Maddow that it was a law designed to protect gay and lesbian Americans from discrimination (a claim easily disputed by a cursory review of Bill Clinton’s 1996 campaign spots on Christian radio). Clinton’s campaign has declined – simply declined – to say whether it remains supportive of widely popular and bipartisan welfare reform legislation.  She has backtracked on free trade, has gone soft on the legitimacy of humanitarian interventionism abroad, and must now convince the public that she regrets voting for a war with Saddam Hussein’s Iraq despite the fact that her husband prosecuted three lower-scale conflicts with Baghdad.

As Clinton’s ethics have become an issue as a result of her manifold email scandal, so an old name has again come to the fore: Sidney Blumenthal. He is familiar to a political caste that followed his career when he served as an aide to President Bill Clinton from 1997 to 2001, and his reputation is that of a caporegime’s goon. A man with a penchant for conspiratorial thinking so pronounced his colleagues dubbed him “grassy knoll,” emails reveal that Blumenthal served as a well-compensated advisor to Clinton during her tenure at State over the objections of the White House. The press has only begun to audit the antics of this paranoid conspiracist who will almost certainly take on a role in the new Clinton administration and fueled the former first lady’s belief that a “vast rightwing conspiracy” plagued her husband’s presidency.

The Clinton family’s Rasputin might, however, be the least of their troubles. A critical examination of Bill Clinton’s record on national defense and terrorism is even more alarming, and exposes the extent to which Republican 2016 candidates are also eager to dredge up the policy debates of the last generation. Amid Donald Trump’s campaign of bomb throwing, he perhaps inadvertently stumbled upon a rare attack on Democrats, and Team Clinton in particular. By obtusely suggesting the September 11 attacks might have been preventable, he reignited a long-settled debate over the nature of pre-attack intelligence. A number of prominent progressives who have yet to recover from John Kerry’s 2004 loss nodded along with Trump. They cited as supporting evidence for Trump’s contention Iraq War critic and Bush national security advisor Richard Clarke, who warned in writing of al-Qaeda’s desire to stage attacks in the U.S. Perhaps Trump’s liberal allies hadn’t considered the irony in Clarke’s renewed prominence, considering how bitterly he criticized Bill Clinton’s administration for bequeathing to Bush a toothless counterterrorism apparatus.

The September 11 attacks aren’t the only distant event that Republicans appear interested in subjecting to a judicious review process. While much of the GOP field struggles admirably to project a forward-looking approach to governance, the GOP frontrunner has spent most of his time positioning himself as a defender and preserver of the achievements of the 20th Century. Though Trump’s mercurial policy positions betray a shallow understanding of the underlying issues, the real estate mogul has contended that he would preserve rather than reform the present entitlement structures and secure their foundations by rising government revenues (with higher taxes and defense spending cuts). For a party that is dominated by older white voters, this message is understandably appealing. Only a generation entering its twilight phase could be moved by the notion that America must be made “great again,” and that the country’s best days were those lived by an age group entering retirement.

Trump is not alone in this prescription. If Trump is the defender of the 20th Century’s socio-economic convictions then candidates like Mike Huckabee are struggling to present themselves as the champions of that century’s moral standards, too. His support for a constitutional amendment that affirms that marriage exists only between a man and woman – a measure that couldn’t pass a GOP-dominated Congress over a decade ago – is a revanchist fantasy. Cultural conservatives lost the debate over same-sex marriage, and it only serves their opponents when they confirm their desire to refight that lost cause.

There is something enticing about a backward-looking campaign for partisan activists. The opportunity to review history is a chance to affirm tribal loyalties, to restate cherished and bedrock principle beliefs, and to signal in both word and deed one’s devotion to The Cause. But the past is easy – you already know how the story ends. It is a tiresome and transparent exercise to torture the past in order to justify the present. With candidates named Clinton, Bush, and Trump at the head of their respective packs, it was perhaps inevitable that 2016 should begin as retrospection. It does not, however, need to end that way. Elections are about the future. By the time persuadable voters tune in ahead of the general election, both party’s nominees better have something of value to say about it. 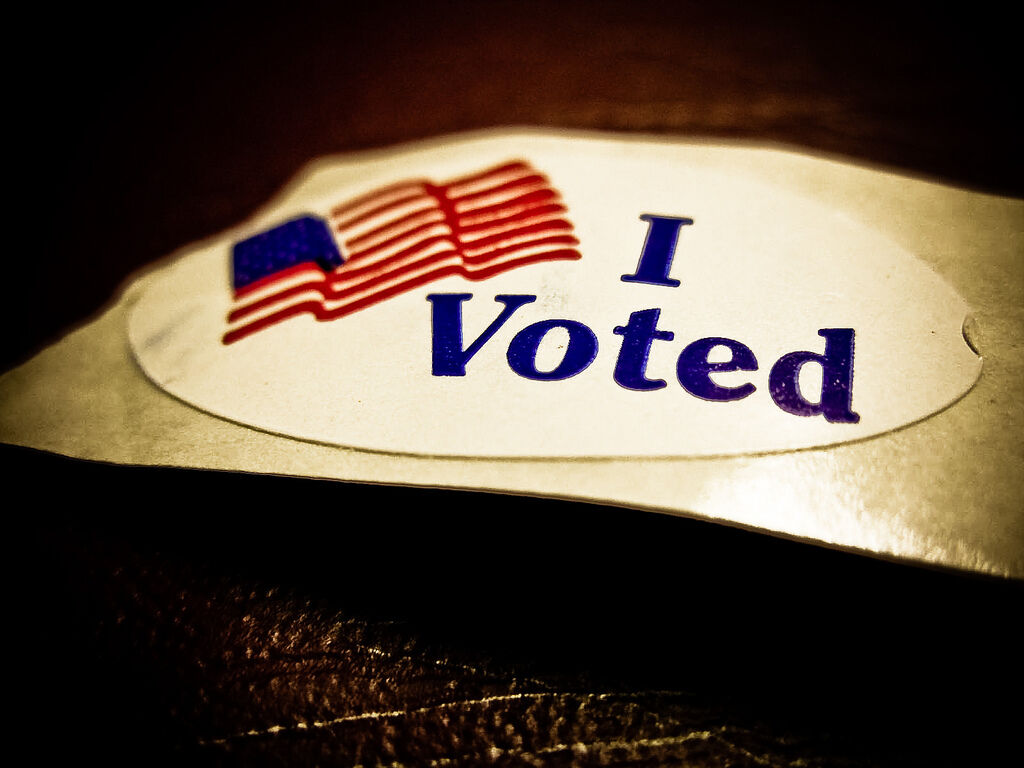