The fatal conceit of any populist movement is that it is non-ideological. It is entirely practical, its advocates insist. It has no use for theoreticians and philosophers. After all, what have they ever produced? The urgency of the present crisis demands of us the resolve to use every tool in the toolbox. What crisis, you ask? And what tools? The questions alone betray a suspicious lack of revolutionary consciousness. They mark the incredulous inquisitor as unfit to share the fruits of the new enlightenment. These sentiments aren’t anything to celebrate. When ideology, and the thoughtfulness that goes into its development, becomes a convenient scapegoat, you’re entering into a dangerous period.

Donald Trump is the essential hard-nosed pragmatist. When things aren’t working out, he changes his mind—and his party affiliation—and rolls up his sleeves in pursuit of practical solutions. At least, that’s the image he seeks to project. Whether or not that persona matches Donald Trump’s reality is immaterial, his flatterers tell us. The people believe in him. Vox populi, vox Dei.

A nihilistic detachment from ideology is also the abandonment of principle, and that is a dangerous condition in leaders vested with the kind of awesome power that American presidents enjoy. The ideology that informs principle serves as a check on that power. Pragmatism is its own philosophy, one which justifies every manner of behavior with little regard for its morality or long-term consequences.

Trump ran for the presidency not only as a new kind of Republican who owed no fealty to conservatism—the party’s guiding ethos since at least the Reagan administration and perhaps earlier—but as someone who was outright hostile toward the philosophy. Trump’s war on ideology has entered a new phase with a salvo aimed squarely at conservatism’s central pillar: free-market economics.

The incoming Trump administration was lauded for the optics of a deal to keep 850 manufacturing jobs bound for Mexico in the United States—the terms of which were hammered out by Trump’s incoming vice president, Indiana Governor Mike Pence. They shouldn’t have been. Negotiations consisted of threatening the business with punitive taxes for pursuing its economic interests and, when that didn’t work, cajoling it with $7 million in tax abatements. Those savings are contingent on employment rates and retention and arbitrary levels of capital investment; all dictated by the state. This is just one manufacturing facility, which had the good fortune of being favored by important people. You could call that arrangement many things, but laissez-faire economics isn’t among them.

According to both Trump and Pence, this is a sign of things to come from command-and-control-style Republicanism. In an interview with the Wall Street Journal, Pence expounded on the new administration’s first 100 day priorities, devoting the most specificity to pro-growth tax-code reform. Yet the principle that justifies a reduced regulatory and tax burden on producers, the belief in the power of capitalism’s creative destruction, is undermined entirely by the idea that more Carrier Deals are forthcoming.

“His comments also suggest that a Trump White House would eschew many of the free-market principles that have guided prior Republican administrations, including injecting itself into the personnel and long-term operating decisions of individual companies,” the Journal reported.

A joint interview the incoming president and vice president provided to the New York Times confirmed the view that conservatism and its economic preferences are out of fashion in the GOP. “The free market has been sorting it out, and America’s been losing,” Mike Pence told the Times. The next President of the United States agreed. “Every time,” Trump nodded. “Every time.” Trump added that he would seek to impose “consequences” on companies that pursue their economic interests if those interests conflict with his own, and he will insist the Republican-led Congress ratify his demand.

Will Republicans bend the knee to Trump? Pence’s progressive rhetoric suggests the process is underway. He once described himself as a conservative before he was a Republican. As a member of Congress, Pence voted against every market-distorting regulatory reform and “stimulus” project of Barack Obama’s first term. “Fiscal discipline is the foundation of our prosperity,” Pence declares frequently. How a $1 trillion infrastructure bill fits into that rubric is an open question.

Pence is not alone in forcing his principles to comport with the views of new political masters. “Just as Reagan converted the GOP into a conservative party, Trump has converted the GOP into a populist, working-class party,” said Reagan White House economist and Club for Growth founder, Stephen Moore. He later explained that he might not approve of every direction in which the new GOP was headed, but the “highfalutin intellectuals” and “elites” who have been “contemptuous of the intellect and lifestyle of the Trump loyalists” must acknowledge their defeat at the hands of a plurality of American voters.

That isn’t intellect; it’s affect. Trump’s courtiers display a crippling class consciousness characterized by a chip on the shoulder masquerading as a philosophy. If principle grounded in an intellectual framework comes to be seen as an impediment to progress, any manner of remedy to that condition is soon justified in the populist mind. And pragmatism necessitates the kind of ugly remedies that principle often proscribes.

Devotion to the ideals of free market economics–the conception that you and you alone know how to allocate the resources in your command most efficiently–is the first idea up against the wall in the Trump era. What will be next? 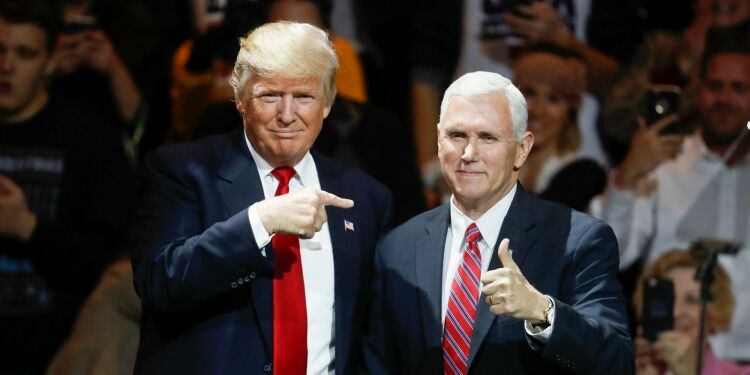