When President Donald Trump first floated the idea of creating an entirely new branch of the United States armed forces dedicated to space-based operations in March, the response from lay political observers was limited to bemused snickering. That mockery and amusement have not abated in the intervening months. Thursday’s announcement by Vice President Mike Pence and Secretary of Defense James Mattis, that the administration plans to establish a sixth armed forces branch by 2020, occasioned only more displays of cynicism, but it shouldn’t have. This is deadly serious stuff. The expansion and consolidation of America’s capacities to defend its interests outside the atmosphere is inevitable and desirable.

Though you would not know it from those who spent the day chuckling to themselves over the prospect of an American space command, the militarization of this strategically vital region is decades old. Thousands of both civilian and military communications and navigations satellites operate in earth orbit, to say nothing of the occasional human. It’s impossible to say how many weapons are already stationed in orbit because many of these platforms are “dual use,” meaning that they could be transformed into kill vehicles at a moment’s notice.

American military planners have been preoccupied with the preservation of critical U.S. communications infrastructure in space since at least 2007, when China stunned observers by launching a missile that intercepted and destroyed a satellite, creating thousands of pieces of debris hurtling around the earth at speeds faster than any bullet.

America’s chief strategic competitors—Russia and China—and rogue actors like Iran and North Korea are all committed to developing the capability to target America’s command-and-control infrastructure, a lot of which is space-based. Trump’s Director of National Intelligence Dan Coats testified in 2017 that both Moscow and Beijing are “considering attacks against satellite systems as part of their future warfare doctrine” and are developing the requisite anti-satellite technology—despite their false public commitments to the “nonweaponization of space and ‘no first placement’ of weapons in space.”

Those who oppose the creation of a space branch object on a variety of grounds, some of them merit more attention than others. The contention that a sixth military branch is a redundant waste of taxpayer money, for example, is a more salient than cynical claims that Trump is interested only in a glory project.

“I oppose the creation of a new military service and additional organizational layers at a time when we are focused on reducing overhead and integrating joint warfighting functions,” Sec. Mattis wrote in October of last year. That’s a perfectly sound argument against excessive bureaucratization and profligacy, but it is silent on the necessity of a space command. Both the Pentagon and the National Security Council are behind the creation of a “U.S. Space Command” in lieu of the congressional action required to establish a new branch of the armed forces dedicated to space-based operations.

As for bureaucratic sprawl, in 2015, the diffusion of space-related experts and capabilities across the armed services led the Air Force to create a single space advisor to coordinate those capabilities for the Defense Department. But that patch did not resolve the problems and, in 2017, Congress’s General Accountability Office recommended investigating the creation of a single branch dedicated to space for the purposes of consolidation.

It is true that the existing branches maintain capabilities that extend into space, which would superficially make a Space Force seem redundant. But American air power was once the province of the U.S. Army and Navy, and bureaucratic elements within these two branches opposed the creation of a U.S. Air Force in 1947. The importance of air power in World War II and the likelihood that aircraft would be a critical feature of future warfighting convinced policymakers that a unified command of operations was critical to effective warfighting. Moreover, both Dwight Eisenhower and Harry Truman believed that creating a separate branch for airpower ensured that Congress would be less likely to underfund the vital enterprise.

The final argument against the militarization of space is a rehash of themes from the Cold War. Low earth orbit, like the seafloor and the Antarctic, is part of the “global commons,” and should not be militarized on principle. This was the Soviet position, and Moscow’s fellow travelers in the West regularly echoed it. But the argument is simply not compelling.

The Soviets insisted that the militarization of space was provocative and undesirable, but mostly because they lacked the capability to weaponize space. The Soviets regularly argued that any technology it could not match was a first-strike weapon. That’s why they argued vigorously against deploying missile interceptors but voiced fewer objections to ground-based laser technology. As for the “global commons,” that’s just what we call the places where humans do not operate for extended periods of time and where resource extraction is cost prohibitive. The more viable the exploration of these hostile environments becomes, the less “common” we will eventually consider them.

Just as navies police sea lanes, the inevitable commercialization of space ensures that its militarization will follow. That isn’t something to fear or lament. It’s not only unavoidable; it’s a civilizational advance. Space Force may not be an idea whose time has come, but deterrence is based on supremacy and supremacy is the product of proactivity. God forbid there comes a day on which we need an integrated response to a state actor with capabilities in space, we will be glad that we didn’t wait for the crisis before resolving to do what is necessary. 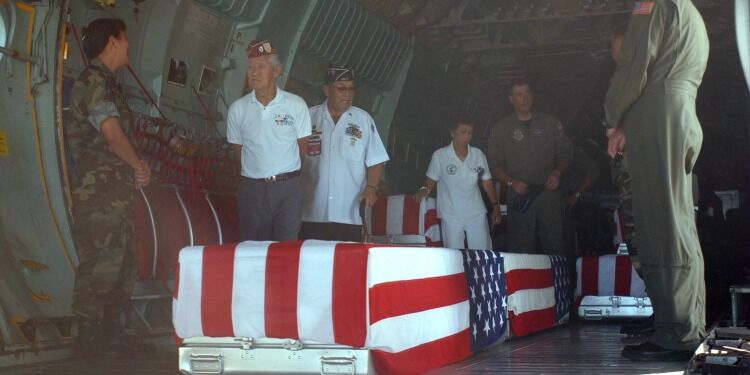