In the end, the Trump White House’s strategy of elevating the political press to the status of “opposition party” may still prove foolish. While Trump and those in the pundit class who take their cues from the White House are focused on demonizing media, Democrats are fundraising, organizing, recruiting, and drawing energy from renewed grassroots enthusiasm. That doesn’t mean that Trump’s media antagonism, while unsophisticated, isn’t useful or effective. In inviting the press to dispute the scope of the global Islamist terror threat, the administration’s latest gambit amounts to irresistible media baiting. By simply engaging in this debate, which they have, political reporters have already lost.

Reeling from a series of court-ordered injunctions on President Trump’s controversial executive order on immigration and refugee intake, the president and his allies have cast about for enemies. From attacks on “the court system” to reporters who ignored the fictitious “Bowling Green massacre,” the president’s arguments are not finding traction. Struggling to overcome this adversity, the White House cleverly switched tactics. On Monday night, White House Press Secretary Sean Spicer challenged the press by contending that he would soon produce a list of terrorist attacks that the administration believes were “under-reported.”

Later that evening, the White House press office produced a hastily assembled, typo-ridden list of 78 terrorist events dating back to September of 2014 that they claim did not receive due attention. Some of the attacks on that list were obscure, but others were extensively reported. Among those were the Pulse Nightclub shootings, which was the deadliest single episode of gun violence in America’s history. Also on that list were the bloody attack on several targets in Paris in November of 2015, and the San Bernardino attacks, which so rattled the nation that President Barack Obama addressed the event in prime time from the Oval Office. This was bait and the press bit.

Some media outlets have done precisely what the White House wanted by disputing the scale of the coverage of these attacks. The Washington Post protested the administration’s characterization of the press in their straight coverage of the list. NBC News boasted that their organization covered 57 of those 78 attacks extensively. “By contrast, the 21 attacks NBC News did not cover were smaller incidents in places like Egypt, Bosnia or Bangladesh, resulting in the deaths of just eight people, total,” their report read. You see? Only eight forgettable deaths.

Trump has insisted that the “very dishonest press” refuses to even cover terrorism. That statement is untrue, but truth is not the objective. By litigating the validity of the White House’s attack on the press with palpable indignation, these and other media outlets are playing the part the White House has written for them.

This is not to say that the political press is obliged to ignore the president’s accusations and insinuations for fear of providing him with political fodder. Nor, however, must media professionals allow themselves to be manipulated. CBS News White House correspondent Major Garrett observed that the administration likely hoped that the “accusation would lead news organizations to remind their audiences of the events; thereby partially distracting from the legal woes the president’s immigration order is facing in the courts.”

The White House is clearly acting from a defensive crouch, but that does not mean they’re not on firm ground. In 2013 and 2014, the Obama administration was also leaning on the press to report on terrorism in a way that suited the White House narrative. At the time, that narrative was that radical Islamist terrorism was a phenomenon on the decline. “If it bleeds, it leads, right?” Obama lamented in a January 2015 interview with Vox.com’s Matthew Yglesias. “You show crime stories and you show fires, because that’s what folks watch, and it’s all about ratings.”

An attack on two New York City police officers by a hatchet-wielding recent convert to Islam in October of 2014 was clearly an act of Islamist terror, but NYC authorities declined to assign a motive. In the press, sowing confusion about the motive of the man whose Facebook page was adorned with jihadist imagery became the paramount objective. That might be seen as an abundance of due caution, but a sense that America’s political authorities are disinclined to state the obvious when it comes to terror also contributed to the present backlash against “political correctness.”

The reporting on the attack on a Marine Reserve Center in Chattanooga, Tennessee in July of 2015 that killed four Marines and one U.S. Navy sailor was mixed, in part, because the FBI declined to release information on 24-year-old Muhammad Youssef Abdulazee’s motive. It wasn’t until President Obama, addressing the nation in the wake of the San Bernardino attack, confessed that the Chattanooga attack was part of a broader resurgence of radical Islamist terrorism.

Alton Nolen, another convert to Islam, had reportedly been proselytizing in his place of work for some time before he stabbed one of his coworkers and decapitated another. The Oklahoma-based man had images of Osama bin Laden, ISIS, and the Taliban on his Facebook page and shouted Islamic slogans while doing his bloody work. Yet, the FBI reportedly could not assign a motive to the killing and determined to treat this clearly ISIS-inspired attack as an “episode of workplace violence.”

Whether or not these and other events prior to the Obama administration’s reluctant engagement of the war against ISIS in both Iraq and Syria went “under-reported” is a subjective assessment. It is, however, clearly a debatable proposition. It’s a debate this White House wants to have, and perhaps it is a debate the nation deserves. So long as the press is inclined to engage in it in a transparent pursuit of exculpation, it will only reinforce the White House’s attacks on the press. 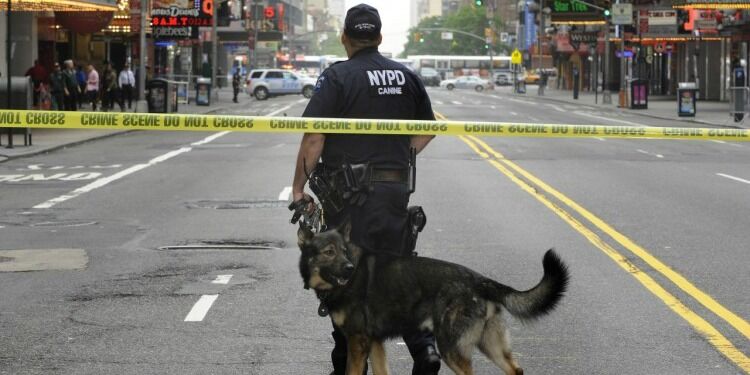