Republicans who concern themselves more with winning elections than staking out indefensible but emotionally satisfying rhetorical positions have long fretted that the rise of Donald Trump may indelibly taint the Republican Party brand. Thus far, surveys of general election voters indicate that that has not happened yet; the polls show that generic Republicans still perform as well or better than their generic Democratic counterparts. But that could be changing. The release of Trump’s long-anticipated policy paper on his signature issue – immigration – may mark the start of the period at which point the GOP becomes marked, perhaps irreversibly, with the stain of Trumpist nativism.

Late Saturday night, NBC’s “Meet the Press” published a report promoting a wide-ranging Sunday morning dialogue with Trump. The interview was touted to be the moment when the proudly vague bombast that Trump believes suffices for policy would be clarified. He was going to finally put some meat on those bare rhetorical bones, and Trump’s campaign released a six-page “plan” to NBC News ahead of the interview. But that “plan” reads more like a positioning statement than a set of executable policy prescriptions.

Trump’s “plan” is an assault on not merely the illegal immigrants who have violated American laws, but those who have played by the existing rules to come to the United States. The proposal amounts to a declaration of war on America’s immigrant community, an attack on the foundational nature of America’s character as a melting pot for all the peoples of the world, and the inception of a police state that is incompatible with a free republican democracy.

Trump’s “plan” to address his key belief, the need to construct a great wall across the southern border and make Mexico pay for it, is no plan at all. Rather, it is an effort to justify this retributive policy. There is not one Republican candidate who disputes the need to enhance border security provisions. Indeed, that was why so many Senate Republicans voted against the supplemental appropriations measure to address the border crisis in the summer of 2014, when Trump was promoting the latest season of his reality television show, because it was not a border security bill but a measure to address a refugee crisis.

The problem with Trump’s wall is that it is infeasible; the geography of the border simply does not allow for one unbroken wall. Nor would it be effective. Even if you could erect this barrier around, say, Florida, walls can be surmounted, tunneled under, and circumvented in other ways. Policing the border requires police; human capital that comes at taxpayer expense. Mexico will not be paying their salaries, but Trump has a plan for that, too: confiscate all remittances from illegal immigrants working in America and hike the fees on all Mexican tourism and work visas. Erecting the structures necessary to identify much less confiscate illegal wages would prove daunting. Even if it was legal and could survive court challenges, a dubious prospect, this is a policy that would require a dramatic expansion of government’s ability to intrude on the lives of American citizens – a principle to which conservatives were once constitutionally opposed.

Trump’s “plan” should give conservatives who revere and appreciate their country’s history pause. There are aspects of his proposal that are laudable: the imposition of a nationwide E-Verify program, enhancing penalties for those who overstay their visas, the mandatory detention and deportation of criminal illegal aliens, and federal disincentives for cities that serve as sanctuaries for illegal immigrants. These are not new proposals; they have been favored aspects of Republican immigration policy for years. But the broad brush with which Trump’s campaign has applied them makes them unworkable and possibly dangerous. Local law enforcement often opts to work with illegal immigrants, even gang members, in order to create relationships with people who might serve as informants. Trump’s plan would reduce or eliminate altogether local law enforcement’s discretion and would prohibit them from working with the 11 to 20 million illegal immigrants in this country. This is a recipe for more violent crime, not less.

But Trump backers would contend that there would be no illegal immigrant crime after his dramatic deportation scheme. The unknown tens of millions of illegal immigrants, some of whom have been here for decades and are part of the fabric of their communities, will be rounded up and sent to their countries of origin. Somehow. In order to do this, Trump would triple the Immigration and Customs Enforcement (ICE) forces. ICE presently has an approximately 20,000-strong force, offices in 48 nations, and a $6 billion annual budget. Now triple that, and give them a mandate to arrest and deport all non-citizens, including those referred to as Dreamers. These are children who were taken to the United States as minors through no fault of their own, and who more often than not have no experience with or knowledge of the countries of their birth. They are to be rounded up, put on a bus, and sent over the border. But only until the “terrific” ones can be identified, amnetized, and reintroduced into the country legally.

The unfeasibility of this approach is matched only by its heartlessness. It is a proposal that only the most angrily anti-immigrant voter could embrace, and it is a recipe for electoral disaster. But Trump’s approach to fixing America’s immigration problem does not end at those without a claim to legal status. He is also taking on immigrants who have every legal right to be here.

Trump’s “plan” would end birthright citizenship – effectively creating criminals of the infants who are born in the United States, and who necessarily do not have visa permission to be here, the second the cord is cut. Trump’s “plan” is exposed as nakedly nativist when he addresses American workers. He hopes to increase youth employment opportunities by terminating rather than reforming J-1 student visas – a program that allows foreign students to come to the United States and study or work in internships. The United States is already facing pressure from English-language countries around the world in the race to attract foreign students to study in American schools – a program that not only provides America with economic benefits but also enhances the vibrancy of its intellectual life. Trump’s “plan” would hike the prevailing wage for H-1B visa applicants (perhaps H-1B1 and E-3 applicants as well). Presumably, this policy would create more incentives for employers to hire natural-born Americans, but its effect would be to reduce skilled immigration from nations like India and China – two countries that recently overtook Mexico as chief sources of emigration. Finally, and perhaps most cruelly, Trump’s “plan” would make it harder for those fleeing persecution and death in their home countries to be granted refugee status.

All that’s missing from his campaign platform is a proposal to rip the plaque with Emma Lazarus’ words right off the base of the Statue of Liberty and to repatriate the lady in the harbor back to her native France at the nearest possible convenience.

Politically, those on the right who have fallen for Trump and his hardline throat clearing on the issue of immigration will love this “plan.” Its very unworkability is, for some, its most attractive quality. Those who are unacquainted with how constitutional democracies create and enforce laws, or are perhaps contemptuous of that process, will see this as a display of resolve amid spinelessness. Republican consultants who watched Rick Perry and Rand Paul wilt after they attacked Trump’s approach on the merits will be disinclined to advise their candidates to take aim at Trump’s “plan.” If the GOP’s slate of 2016 candidates fails to attack this propagandist soapbox agitation masquerading as a platform, it will mark the moment when Trump finally began to rub off on the GOP. This “plan” is a road to electoral ruin. The GOP’s viable and responsible candidates would be best advised to call this inhumane and unrealistic approach to immigration reform what it is in stark terms, even at the risk of their standing in the polls and the alienation of the conservative movement’s talker class. The GOP is at risk of losing the general before it even begins. 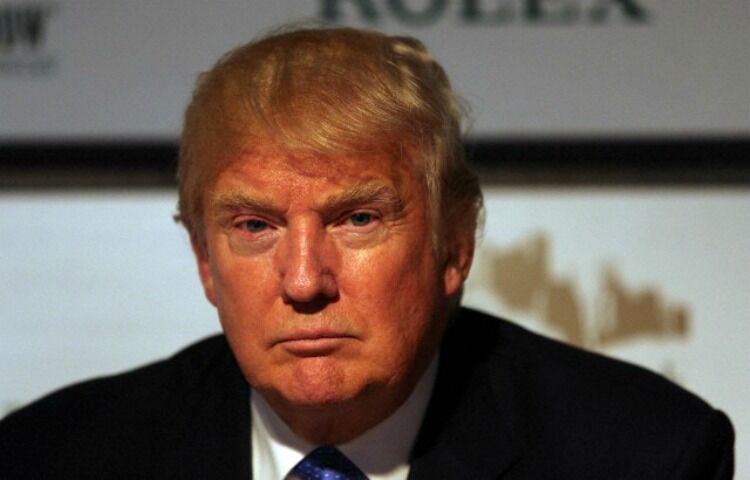