I had just gotten back from a trip to Kiev featuring meetings with members of Ukraine’s parliament when I learned that newly confirmed Education Secretary Betsy DeVos had been barred from entering a Washington D.C. public school by a band of progressive protesters apparently unaware of the nasty historical parallels they had evoked by standing—literally—in the school house door. This episode “shows what a powder keg our politics are,” wrote the Washington Post’s Aaron Blake. “Scenes like the one Friday suggest a new political paradigm.” I don’t know. After touring a fledgling democracy that sought to convey to a Western audience its Western orientation out of anxious necessity, this incident suggested to me that America’s politics are more vibrant than volatile.

I met with a variety of high-profile Ukrainian officials ranging from President Petro Poroshenko and his national security council officials to the state’s chief prosecutors, as well as European and American ambassadors and their staff. At every turn, from the restaurants where we ate to the youthful reformers and transparency advocates with whom we met, the object was to relate the Poroshenko government’s vision for a modern, European Ukraine. There is no question that Kiev has made great progress in the three years since the bloody events on the Maidan led the country’s Russian-puppet president to flee. Scratch the surface, though, and Ukraine remains a developing country with post-revolutionary politics.

A nation for hundreds of years but a state for just over 25, Ukraine’s political culture remains volcanic.  Since its independence in 1991, the country has seesawed between governments with radically distinct visions for the direction of their country. The question that dominates the country’s development is a perennial one; will it look to the East and toward its ethnic and cultural kin in Russia or to Europe. At the moment, the country looks westward, but a sense of foreboding urgency pervades reform efforts. Eager and cosmopolitan reformers projected confidence about their progress but presented a less compelling case that they could resist a counterattack from the forces that remain invested in the old ways. And there will be a counterattack.

The return of history has, however, been postponed as a result of Russia’s invasion in the Donbas region and the annexation of Crimea. There is a remarkable unity of purpose across political factions in Ukraine dedicated to resisting foreign aggression and to reuniting the fractured country. The war has not sapped the country of its self-confidence; indeed, the military’s performance in repelling new offensives by Russian-backed forces vastly improves on its efforts in 2014 and 2015. Rather, the war has led to a pervasive sense of heightened tension. A lingering wound that oozes at a varying pace, the war in the East is taking a psychological toll. Amid a lecture by the country’s chief prosecutor as to why pro-European Maidan protesters implicated in violence were not and should not be high priority targets for prosecution, that toll’s price became perceptible. This is a notion of justice familiar to any revolutionary society, but also one that is not blind. Nor is it conducive to predictability and stability.

The unpredictability of the present moment is not entirely due to the goings-on inside Ukraine. There are more questions than answers with regard to America’s position on Ukraine and the Trump administration’s views on the war. The message conveyed by both Western diplomatic and business representatives is that there have been no policy changes since January 20, but their emphases were radically different. For embassy officials, no change meant precisely that; American commitment to Ukrainian sovereignty and territorial integrity remains firm. For business interests, however, that lack of change meant a lack of certainty. The Trump administration made its desire to seek rapprochement with Russia clear, and Western investment in Ukraine has stalled as investors watch the White House warily.

Uncertainty, it seems to me, is the right way to describe the mood in the United States as well.  A feature of modern American policy that has evolved, and for the worse, is its commitment to principle. Ukrainian politics, as one of our guides lucidly described it, is defined not by ideology but by personalities. Coalitions are structured around a shifting cast of about five or six personality-based power centers, and alliances form and dissolve around them to keep everyone else off balance. For all our lamentations over America’s rigidly ideological political squabbles, it is our mature republicanism—founded not in the appeal of strongmen but ideas—that is a key element of  American exceptionalism.

The pervasiveness of ideology often extends to the international policy realm, as anyone who has strolled through Washington D.C. and stumbled across the statues of what seems like every foreign anti-colonial revolutionary democrat of the last two centuries might attest. As I and my colleagues tried to identify the ways in which Ukraine might serve America’s openly transactional and parochial interests, it became apparent that this unique American character has changed. In the effort to coach our Ukrainian interlocutors as to how they might communicate their value to American voters beyond shared ideals and aspirations, I felt a profound shame. Perhaps it is temporary, but the United States has tired of supporting, even rhetorically, the desire of the rest of the world to live free.

The perspective that only 4,600 miles can impart provided me with a healthy new appreciation for American politics.  The United States is not a fragile democracy, as so many dismayed by the election of Donald Trump self-indulgently declared. It is a robust and participatory republican system characterized less by power politics and the influence of wealth than by the ideas that have animated the country since its founding. We take the dynamism and honesty that defines ideological politics for granted.

At the same time, America is now tested by a period of insecurity and introspection. How we navigate that test will have grave consequences for people we will never meet and for whom most of us will never spare a moment’s thought. But they’re thinking about us. They don’t have a choice. Remembering that and how so much our trivial, SEO-optimized political controversies obscure rather than clarify the nature of our politics is a vital responsibility. 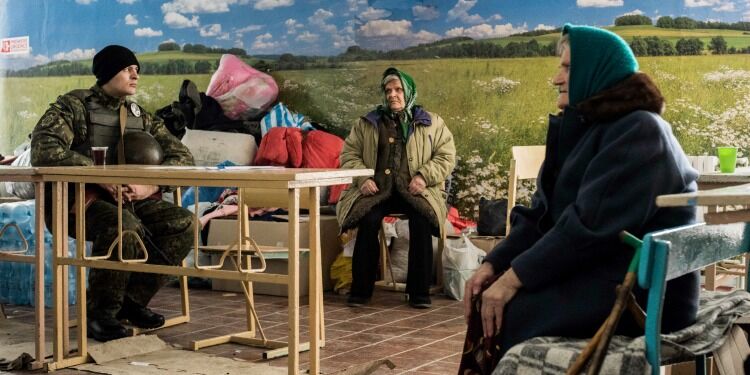