President Donald Trump is accused of offering an unspecified “promise” to Ukraine’s leader if the post-Soviet state investigated Joe Biden’s son. Some speculate that the “promise” consisted of an inducement in the form of withheld non-lethal military aid—a plausible albeit unsubstantiated claim, although Trump himself lent credibility to these accusations: “Why would you give money to a country that you think is corrupt?” he asked. This is a serious charge that deserves to be treated seriously.

For the president’s defenders, this is no time to reserve judgment. Their prime directive requires the discrediting of these allegations and their source (when that source and his or her motivations remain entirely unknown) even at the expense of the Republican Party’s credibility. This episode has provided Republican lawmakers with yet another chance to reveal that their assaults on the Obama-era’s corruption and mismanagement were largely opportunistic.

“It looks to me like another deep state attack,” Sen. Josh Hawley said in an attack on the unidentified whistleblower, even though the informant used the appropriate channels to bring this episode to the attention of the proper authorities. Former Acting Attorney General Matthew Whitaker agreed. “This is a clear example of someone from the Deep State,” he insisted, “trying to create this firestorm.” The top Republican member of the House Intelligence Committee, Devin Nunes, accused the whistleblower of acting as a partisan conspirator in a scheme that “has all the hallmarks of the Russia hoax.”

The pro-Trump right’s stampede to get out in front of the story is sacrificing the GOP’s consistent view of whistleblowers. Republican lawmakers and conservative media outlets stood by Gregory Hicks, the former deputy chief of mission in Libya, who testified about the failures that led to the Benghazi attacks and who later alleged that he was punished for his candor. They gave a platform to ATF Special Agent John Dodson, the source of the revelation that the U.S. government was helping run guns to Mexican cartels. They made the man who exposed the corruption that pervaded the Department of Veterans Affairs, Dr. Sam Foote, the arbiter of what should constitute the sound management of that bureau. We’re left to conclude that the rush to condemn this whistleblower absent sufficient evidence indicates that the GOP’s concerns in the Obama years weren’t solely for good governance but their governance.

This is only the latest incriminating episode typified by glaring hypocrisy. The president misused executive power in circumventing Congress’s authority to specifically appropriate funds to build his border wall despite Congress’s repeated failure to authorize such funds. The misapplication of unappropriated sums to fund an ideological project were the grounds on which the Republican-led House of Representatives successfully sued the Obama administration. That suit stands as a commendable example of the Obama-era GOP’s ostensible commitment to constrained, constitutional government.

All this hypocrisy pales next to the incandescent insincerity of the Tea Party’s central organizing principle: the federal debt and budget deficit. As Bloomberg News reported this week, the federal funds the administration has allocated to farmers who are harmed by ongoing trade-related hostilities with the erstwhile buyers of American goods now stands at a staggering $28 billion. That’s “more than twice as expensive as the 2009 bailout of Detroit’s Big Three automakers, which cost taxpayers $12 billion.” To add insult to injury, the president isn’t even coy about the political effect of this new agricultural dependency. “Well, they [American farmers] can’t be too upset, because I gave them $12 billion and I gave them $16 billion this year,” the president said. “I hope you like me even better than you did in ’16.” We can only deduce that the issue wasn’t the bailout of automakers, per se, but the restructuring of those firms in ways that empowered organized labor—a core Democratic constituency.

Of course, the conclusions drawn from a brief survey of the national public and intragovernmental debt, which reached $22 trillion this year and is forecast to exceed 100 percent of America’s GDP in the next decade, go without saying. When Barack Obama took office, the federal debt was less than half that astronomical sum, and it ignited a populist movement dedicated to fiscal discipline. Today, a Republican president works with Republicans and Democrats alike to regularly raise the national debt limit and erase the caps set on spending by the 2011 Budget Control Act. And yet, no one bats an eye.

Republicans are tired of hearing this. They know that the ground they’re abandoning was hard-won. They understand the compromises they are making today are sacrifices they might regret tomorrow. It takes a level of tolerance for a certain amount of contradiction to be an effective legislator, and the betrayed who snipe at them from the sidelines are easily dismissed as mere spectators of a blood sport. But a governing party must maintain some credibility on a core set of issues to be viable. The GOP is trading in the public trust on issues it once owned; from fiscal discipline, to crony capitalism, to even the limits of executive power. It’s not entirely clear what they are receiving in exchange. 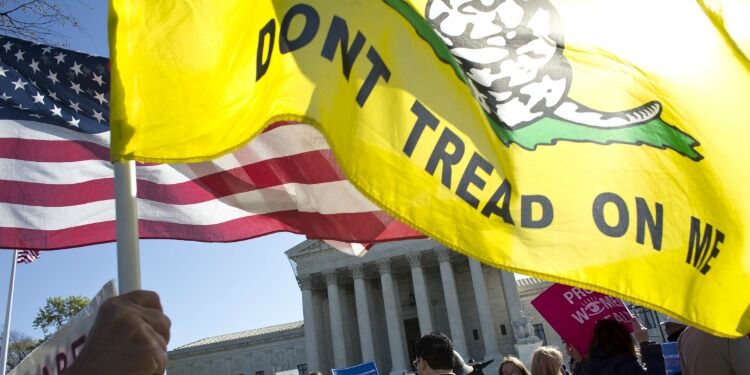