It’s a matter of time before disaster strikes. Ten years into the country’s economic expansion—the longest in its history—much-watched economic indicators have begun to suggest that a recession is coming and the good times may soon be over. To even call these the salad days is to reveal a callous lack of regard for Americans at the lower end of the economic spectrum who have not experienced the benefits of this economy in proportion to those at the top.

That is the unavoidable conclusion left to careful readers of the Wall Street Journal’s dispatch on the looming disaster represented by America’s chasmic wealth (as opposed to income) inequality gap. “Wealth, also called net worth,” the dispatch clarifies, “is the value of assets such as houses, savings, and stocks minus debt such as mortgages and credit-card balances.” By that measure, America’s wealthiest are doing better than ever. Their assets are measured not in liquidity and fixed assets like real estate but stocks, bonds, or return-yielding investments in private businesses. Meanwhile, those in the bottom 50 percent, for whom “wealth” consists of some savings and a single-family home, are uniquely exposed in the event of a downturn.

That lower 50 percent has only just recently amassed levels of wealth comparable to rates that were typical in the first decade of this century, in part, because the share of families who own a home are lower than it was prior to the collapse of the mortgage market. But as the Journal admits, this is primarily a function of stricter lending guidelines designed to prevent another debt crisis. In other words, that’s the good sort of inequality. The “financial meltdown” was a crisis born out of a well-meaning and bipartisan desire to legislate economic equality and increase rates of homeownership, whether their owners could afford a home or not. The lending institutions that were goaded by the government into making high-risk loans, the big banks and semi-public entities that bought the debt, and the bailouts these institutions received when the edifice crumbled were cures worse than the diseases they addressed.

There is no society of appreciable size that is not economically stratified. Even in societies that formally dedicate themselves to the establishment and maintenance of economic classlessness, that stratification persists. The task before any thoughtful egalitarian is not to rage against the existence of those strata but to ensure that they are permeable. By most metrics, the American system does a sound job of facilitating economic mobility and preserving the benefits associated with economic disparity.

Wealth inequality in the United States was far less pronounced in the early 19th century when the industrial economy was nascent. Early industrialized life in America saw the rise of great fortunes attributable to men with resonant names like Vanderbilt, Rockefeller, and Carnegie. But these men amassed great fortunes by providing services to the public for which they were happy to pay. Vanderbilt revolutionized the steamboat business, driving down fares across the board. Rockefeller lit up the night, expanding the time in which the public could be productive and happy. Carnegie produced the cheap and reliable steel that knit the continent together with railroad tracks. No one had envisioned a “vertically integrated monopoly” until Carnegie cornered the industries that supported his own, and these anti-competitive practices were among the reasons these and other industrialists of their age were ignominiously deemed “robber barons.” Yet these inventive entrepreneurs should be credited, too, with creating the conditions in which all Americans could become more productive and, thus, personally wealthier.

The story is much the same today. As Kevin Williamson demonstrated in his vital 2018 analysis of Forbes wealthiest Americans, the vast majority of those who are among the reviled top 1 percent are not heirs to great and static fortunes, well-connected professional bureaucrats, or speculators who acquired their fortunes through usury. The wealthiest Americans are overwhelmingly risk-taking entrepreneurs who identified a gap in the marketplace, filled it, and made life better for American consumers in the process.

“The wealthiest European on the list is Bernard Arnault, the guy behind Louis Vuitton, while the wealthiest Americans on the list brought you Amazon, Microsoft, Dairy Queen (one of Berkshire Hathaway’s many holdings), Facebook, Dixie Cups (a product of Koch Industries), Google, and everyday low prices at Walmart,” Williamson observed. There is a staggering financial rift between the Walmart-owning Walton family and the average consumer who patronizes their ubiquitous retail outlets, but would that consumer be better off if Walmart hadn’t leveraged its customer base to compel its product suppliers to accept reduced profit margins and regularized inventory systems that became the industry standard? Of course not.

“There is a widespread public perception that the distribution of income and wealth has become so much more unequal, a consensus so strong that no one is really allowed to question it in public.” That is the assessment of one unidentified “tax professor” who was so afraid to question that consensus that PBS News granted the educator anonymity. But the facts, according to some researchers, show that today’s “wealth inequality” is only slightly more pronounced than it was in 1960—a golden age, according to Democrats, when union membership and income tax rates were much higher than they are today.

In a truly representative Republic, the public sector will always be dedicated in some way to ensuring that the benefits associated with economic growth are broadly shared. That’s a good thing, but so, too, is some wealth inequality if we are to continue to provide the inventors, industrialists, and entrepreneurs who make American lives more productive and fulfilling with incentives. The alternative—economic equality by decree—isn’t just unattainable; it’s undesirable. 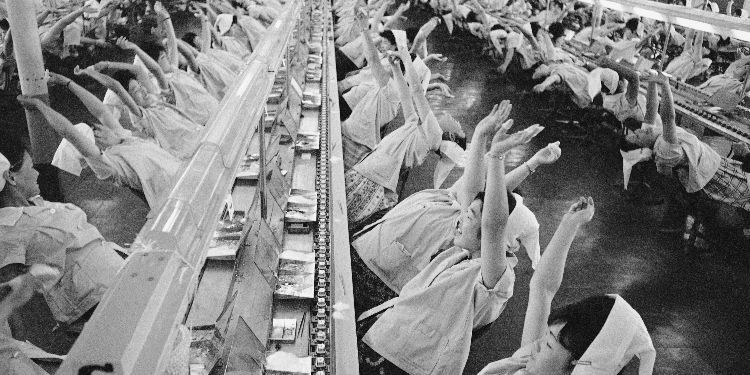