Republican are furious, and they are directing their rage at their favorite target: other Republicans. Amid a furor over some typically savage presidential tweets, House Republicans revealed their long-awaited replacement for the Affordable Care Act. The reaction from knowledgeable wonks on the right has been… skeptical.

Avik Roy’s take on the bill—its few redeeming traits, and its myriad flaws—is indispensable. Pradheep Shanker’s vivisection is a must-read. His observation that the tradeoffs in the bill please no one and, thus, ensure that it has no core political constituency cannot be dismissed. Philip Klein has identified both the political pitfalls and the policy shortcomings, but he also touches on perhaps the most crucial failure of this philosophically unmoored bill. “Liberals,” he wrote, “have won the central philosophical argument, and Republicans are reduced to fighting over the mechanics.”

They do not, however, touch on the deeper explanation for why the American Health Care Act is failing to satisfy conservatives who had hoped to see Republicans advance a market-driven alternative to ObamaCare: The bill is the product of a messy divorce between conservatives and conservatism.

In crafting this bill, it does seem like Republicans in Congress—led by the most conservative cast of lawmakers the federal legislature has ever seen—forgot what it is that conservatives believe. Conservatives were not defenders of the health care system status quo before ObamaCare precisely because it was a distorted marketplace. ObamaCare has only made that problem worse. At some point in ObamaCare’s lifetime, though, liberalism’s censorious culture monitors succeeded in rendering it a sin to speak conservatism’s assumptions out loud. Among them is the belief that the federal government cannot expand access to health insurance in both in terms of quality and cost-effectiveness. Even if it could, that isn’t the federal government’s job. The GOP replacement for ObamaCare pleases no one because it is an effort to synthesize two fundamentally incompatible philosophies.

It’s not entirely clear when Republicans allowed Democrats to change the terms of the debate, but an unspoken concession in the Republican health care reform bill demonstrates that they clearly have. The conceit of the GOP’s bill is that the universalization of access to health insurance is now the metric by which any health care bill will be judged. That is a tragedy. Coverage is a meaningless metric, which is why no one ever used it as a benchmark of a performing health care system before it became the only way in which ObamaCare could be deemed a success. By the summer of 2016, ObamaCare had failed on every one of its own terms to the extent that not even its namesake or his chosen successor defended the law as written. “Access” was the last arrow in the Democratic quiver.

Universal coverage does not account for either quality of care or the relative cost of that coverage to the consumer. And even ObamaCare’s effects on access to insurance are suboptimal. The Affordable Care Act’s participating insurers have been leaving the insurance marketplaces the law created at an astounding pace. Over 1,000 American counties are now served by only a single insurance provider. In Tennessee, 16 counties have no insurer whatsoever.

Moreover, the states that chose to expand Medicaid to supplement coverage aren’t doing many favors for their citizens. Studies have suggested that those insured by Medicaid do not experience better health care outcomes as a result, despite the program’s ballooning financial burdens. Yet other academic studies have indicated that having insurance, even through Medicaid, resulted in improvements in respondents’ self-reported health status, their mental health, and even mortality rates. Having health insurance is a measure of success and self-sufficiency, and everyone is better able to navigate their lives if they are armed with the self-confidence that comes from perceived self-sufficiency. Conservatives used to know that.

Republicans spent seven years effectively arguing against the Barack Obama’s overhaul of the health care system by mounting a two-pronged attack on its core weaknesses: its failure to meet its own standards for success and its deviation from traditional American political philosophy. Then came Donald Trump.

The GOP managed somehow to nominate a presidential candidate who defended the individual mandate to purchase insurance or face a penalty/tax. Throughout the campaign, he warned of the corpses of newly uninsured that would litter the streets in a post-ObamaCare world. As president-elect, Trump touted the objective of “insurance for everybody.” How? “The government’s going to pay for it,” he averred. Trump omitted the goal of universalized access to health insurance from his address to a joint session of Congress. He did, however, insist upon keeping much of the access provisions in the ACA (protections for insurance-seekers with “pre-existing conditions,” Medicaid flexibility “to make sure no one is left out,” et cetera).

Observers have presumed that the Affordable Care Act’s popularity in the polls rebounded because Americans feared the suddenly real prospect of its repeal. The ACA’s bump in the polls also coincides with a GOP abandoning the philosophical contrast they struck with Obama’s worldview for the better part of a decade. Almost overnight, Americans were faced with a choice between two devils, and there was only one they knew.

Klein is right. Liberals won the philosophical argument over the federal government’s role in universalizing health care. But ObamaCare does not empower; it imprisons. If conservative Republicans cannot even say what they believe anymore for fear of contradicting the president, or being scolded by a shallow cast of show hosts, or having to endure the opprobrium of an army of anonymous social media users, then the GOP has lost more than the argument. It’s lost its philosophical grounding. 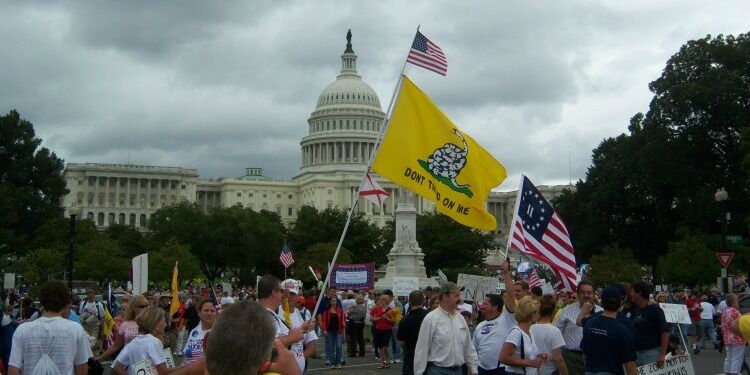