Democrats seem concerned that their best and most effective attack on Republicans is becoming a victim of its success. They should be. Republican candidates for office embark on campaigns aware that their pasts will be dredged for any hint of a prejudicial encounter. No matter how innocuous the findings of that audit may be, Republicans know their opponents will be tar them as bigoted. That attack found its mark in Donald Trump, who has made a habit of conflating “anti-politically correct” speech with loaded speech that antagonizes minorities and women. Republicans stopped listening to Democratic attacks on their candidates in 2016, but the nation has not. This line of criticism against Trump is not only effective but warranted. The question then becomes, what will Democrats do now when it’s objectively not?

With Donald Trump’s defeat all but assured, the left has become bizarrely resentful of their own effective messaging against the Republican nominee. “There will be no accountability for Trump, for what he has wrought and almost wrought. It will disappear down the George W Bush memory hole,” mused MSNBC host Chris Hayes ruefully. “I think the scale, scope and depth of the disastrousness of his presidency has been weirdly forgotten.”

Disasters of the scale Hayes is imagining are rarely so quickly erased from the public memory in the span of just eight years. What Hayes is lamenting isn’t that the public has forgotten Bush’s legacy. He’s observing that Donald Trump has made past Republican presidents and presidential aspirants look good by comparison.

Even Barack Obama’s 2012 team—specifically spokeswoman Stephanie Cutter and press secretary Ben LaBolt—have taken to offering self-serving praise for Mitt Romney. In retrospect, they told Associated Press reporters, this was a noble man who would have managed the affairs of the Republic responsibly, unlike his successor. This is rich coming from, respectively, the architect of an advertisement accusing Romney of complicity in a preventable death and a person who accused him of felony FEC violations.

Democrats flatter themselves when they grieve over the fact that the 2016 campaign has not been one of ideas but of competing personalities and tawdry scandals. Presidential campaigns are never contests of ideas; not if the left and their allies in media can see to it. Presidential campaigns are always characterized by a test of whether the Republican candidate harbors ignoble racial, sexual, or gender stereotypes in their hearts. Mitt Romney, John McCain, George W. Bush; all these Republicans were subject to the charge of racism. No reed was too thin for the liberal establishment to collectively perch themselves.

The result, as New York Times opinion writer Frank Bruni indicated, that it is possible “Democrats have cried wolf so many times that no one hears them now.” That kind of introspection on the part of the left has, however, been exceedingly rare. Too few are internalizing the lesson of 2016.

“Racist is not a term I throw around lightly,” said outgoing Senate Majority Leader Harry Reid, “but Donald Trump is a racist.” Someone should inform the family of the late Justice Antonin Scalia and the owners of the Washington Redskins of Reid’s newfound sense of propriety.

In February, Vox’s Matthew Yglesias penned a lengthy piece in which he itemized the many ways in which Marco Rubio would be a manifestly more dangerous president than Donald Trump. “[A] Rubio administration would be willing to stamp out Muslims’ freedom of assembly wherever it might present itself,” he asserted in a tendentious reading of the Florida Senator’s insistence that America should engage in surveillance of “anyplace where radicals are being inspired.”

“Trump would probably be a better president than Rubio or Cruz. Conceivably, even a good one,” New York Magazine’s Jonathan Chait speculated. To his credit, Chait later confessed that he was mistaken, but only because the GOP was more irredeemably bigoted than even he realized. “The Republican Party relies on the covert mobilization of racial resentment and nationalism,” Chait insisted.

Look, Democrats run the same play on every down because it’s a great play. Ninety percent of the time, it’s effective. There is no doubt that Donald Trump’s nomination will stain the party he captured for years, maybe decades. But how will the public react when—not if—Democrats accuse the next Republican presidential nominee of bigotry, racism, sexism, homophobia, resentment toward the working class, and a general attachment to authoritarianism? If the GOP nominates a vanilla Republican, will voters be receptive to this message? Is Marco Rubio really just as big a threat to racial comity as Donald Trump? Is Tom Cotton really as dangerous a potential commander-in-chief? Is Ben Sasse really as much of a demagogue?

The Democratic Party’s favorite tactic might have been dealt a fatal blow in 2016, but only because it has so far worked like a charm. Whoever the GOP puts up in 2020, the chances that the Republican nominee will be as unpalatable and unqualified as Trump are vanishingly small. And that’s why it’s a sure bet that Democrats will call that same old play one more time. 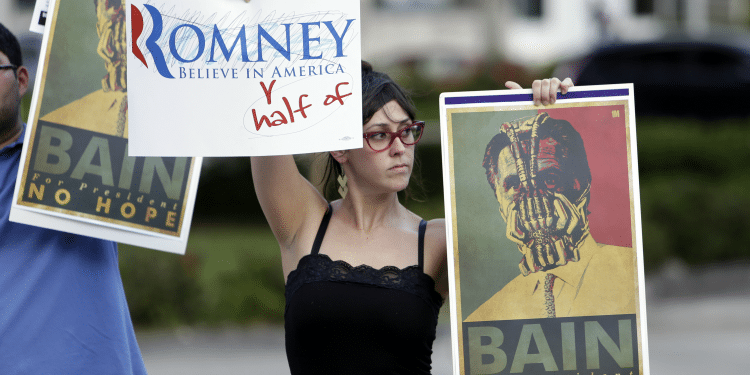