In a recent exchange with a family friend, I was told what I already knew: Many Republicans today feel “a sense of deep betrayal.” This person went on to convey what she hears from her friends: “This Congress keeps rolling over and giving Obama everything that he wants.” My correspondent added, “This feeling has now translated into despising most of the GOP’s establishment candidates … there is a cold anger which I’ve never before witnessed.”

The topic then turned, as it seemingly must turn these days, to Donald Trump. “He is vocalizing — in his bombastic, egotistic manner — what many in the electorate have been thinking. Trump has also been ahead of other candidates with certain plans and statements — extreme as his statements are and as distasteful as some of what he says is to me on a rational level.” She mentioned illegal immigration in particular.

The note from this person, who is intelligent and follows politics fairly closely, reflects what I often hear and read, and it affords me the chance to correct what I think are some fairly widespread mis-impressions that exist.

As for the situation with illegal immigration, in recent years net migration from Mexico has fallen to zero, and perhaps less. According to this 2012 Pew Research Center report:

During the five-year period from 2005 to 2010, a total of 1.4 million Mexicans immigrated to the United States, down by more than half from the 3 million who had done so in the five-year period of 1995 to 2000. Meantime, the number of Mexicans and their children who moved from the U.S. to Mexico between 2005 and 2010 rose to 1.4 million, roughly double the number who had done so in the five-year period a decade before. While it is not possible to say so with certainty, the trend lines within this latest five-year period suggest that return flow to Mexico probably exceeded the inflow from Mexico during the past year or two. The standstill appears to be the result of many factors, including the weakened U.S. job and housing construction markets, heightened border enforcement, a rise in deportations, the growing dangers associated with illegal border crossings, the long-term decline in Mexico’s birth rates and broader economic conditions in Mexico. [emphasis added]

As for the claim that the GOP Congress keeps rolling over and giving President Obama everything he wants, it’s simply wrong. What exactly has Mr. Obama gotten through since Republicans have controlled Congress? What large new initiative has he passed? The answer, of course, is nothing. His initiatives have been repeatedly checked, including on gun control, as an angry Obama said on Friday.

As for federal spending: Because of the caps put in place by a Republican Congress, spending as a percentage of GDP has gone down significantly. This Wall Street Journal editorial points out, “the GOP takeover of the House in 2010 has led to a marked decline in federal spending.”

Even on Mr. Obama’s lawless actions on illegal immigration, there has been some good news, though in this case it was the result of the courts rather than Congress. Earlier this year a federal judge in Texas blocked President Obama’s executive action on immigration, which had drawn opposition from 26 states across the nation. (Late last year Mr. Obama attempted to shield as many as 5 million undocumented immigrants from deportation.)

Most recently, some conservatives have said we should shut down the government to defund Planned Parenthood. The outrage toward Planned Parenthood that animates people is entirely appropriate, and Planned Parenthood funding should be stopped. The fact that the nation’s largest abortion provider gets a third of its revenue from federal taxpayers is outrageous and unacceptable. The issue here is one of means rather than ends. Shutting down the government in order to de-fund Planned Parenthood would backfire, because by huge numbers (69-23 percent, according to a Quinnipiac University National poll) the public says they do not want that to happen — and if it happened, they would blame the GOP. The net result would be that nothing substantive would be achieve while politically, Republicans would only hurt themselves leading up to a crucial presidential year.

The problem for those of us who are conservative is that Mr. Obama achieved what he did with control of both houses of Congress and the presidency. Because Republicans don’t have the presidency, they cannot undo much of what Obama has done.

The complaint Republicans have these days is less with John Boehner and more with James Madison, Alexander Hamilton, James Wilson, and the other founders who designed and passed the Constitution. (The irony is that so-called “constitutional conservatives” are the ones who seem most frustrated by the checks and balances put into place by the founders.)

I get that there’s “cold anger” out there. I hear about it all the time. But anger isn’t enough. Those who are furious still have to operate in the real world. And in the real world – in the American system of government, at least – there are institutional and constitutional restraints on what many on the right want to happen.

I should add here that I’ve never been particularly inspired by Speaker Boehner, and I agree with most of the goals and national concerns of those who are in a state of vexation at the Republican “establishment,” of which I am a card-carrying member. But I recognize that wanting something and being able to actually do something are often very different things. And while I know it’s not fashionable to say these days, and it risks stoking up even greater feelings of resentment among those in the base, I’ll say it anyway: Raging against Congressional Republicans for not doing what they cannot do is not rational or reasonable. 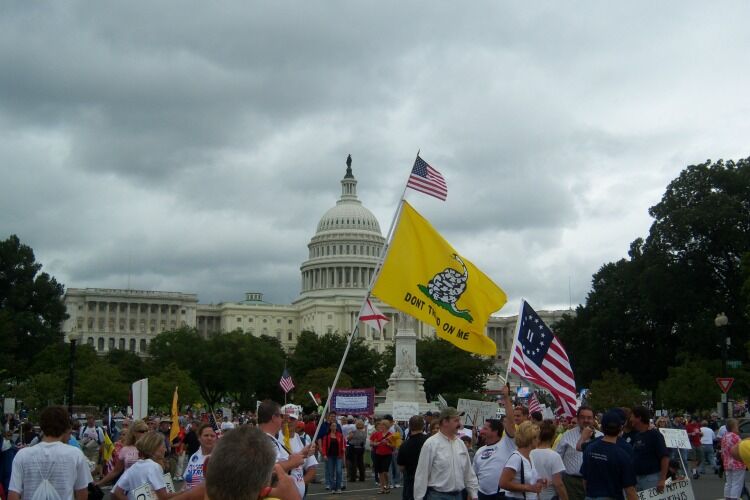