In understanding the Trump phenomenon, one of the stories that has been most helpful was written by The Weekly Standard’s Fred Barnes. Mr. Barnes attended a focus group hosted by pollster Frank Luntz. It consisted of 29 people who were Trump supporters to one degree or another. Among the things Barnes learned:

They view Trump as different from all the other presidential candidates. He’s not just their favorite candidate. Their tie to him is almost mystical. He’s a kind of political savior, someone who says what they think. Luntz asked them for the one word that comes to mind when they think of Trump. The word cited most was “leader.” [emphasis added]

Mr. Barnes went on to note that the intensity of their feelings about Trump was “striking” and that they cut him “an enormous amount of slack.” They are quite forgiving of his erratic and inconsistent stands and seem inspired by his tone (they see it as “swagger”). Mr. Luntz worked for Ross Perot’s third-party campaign for president in 1992 when he got 19 percent of the vote in the general election. “This is much deeper and intense that [it was for] Perot,” Luntz said.

This kind of mystical appeal isn’t unheard of in American politics, but it isn’t normative. That’s all to the good, since there’s every reason to be wary of cults of personality and the rise of demagogues in our politics. And a demagogue is, in some respects, what Mr. Trump is.

While the criteria for identifying a genuine demagogue vary, what I have in mind is a political leader who appeals to emotions rather than reason and to people’s fears and prejudices. There is often the targeting of the “out-group.” Relying on personal charisma, a demagogue typically exploits situations to intensify popular support, thrives by creating divisions and seeks to manipulate the masses. Contradictions and false statements are overlooked and excused. For the demagogue, the problems we face are simple to solve, if the right leader is given the reins of power. All this creates a powerful bond with his followers, who prize “authenticity” over careful arguments and view the leader in nearly mystical terms.

It’s worth noting here that the demagogue, the embodiment of anti-reason, is what the American founders feared. Indeed, the founders designed a system of government – checks and balances, separation of powers – that was meant to prevent the rise of demagogues. It is a recurrent concern in The Federalist Papers, and, in fact is mentioned in the very first one.

In Federalist #71, Alexander Hamilton defends the four-year presidential term on the grounds that it will allow the chief executive to counteract the “sudden breeze of passion” of the people. The argument was the president should not simply be responsive to popular will; instead, he would have some distance from temporary enthusiasms. The purpose was to refine rather than incite public opinion. As Hamilton put it, “The republican principle demands that the deliberate sense of the community should govern the conduct of those to whom they intrust the management of their affairs; but it does not require an unqualified complaisance to every sudden breeze of passion, or to every transient impulse that the people may receive from the arts of men, who flatter their prejudices to betray their interests.” (Sound familiar?)

In Federalist #10, James Madison distinguishes between a democracy and a republic, with the goal of a republic to “refine and enlarge the public views, by passing them through the medium of a chosen body of citizens, whose wisdom may best discern the true interest of their country, and whose patriotism and love of justice will be least likely to sacrifice it to temporary or partial considerations.” (I recommend this article in The Atlantic by the Madison biographer Michael Signer, which distinguishes between benevolent and selfish passions.)

Time and again the founders argued for the need “for more cool and sedate reflection.” They spoke about the danger of passion wresting the sceptre from reason. And it is Mr. Trump’s assault on reason, combined with his demagogic tendencies, that most troubles me.

It is still puzzling to me that there are people on the right — some of them friends of mine, many of whom claim to be “constitutional conservatives” who revere the founders – who support, defend and/or speak well of Mr. Trump, who is exactly the kind of political figure the founders would have worried about and who would have elicited their disdain.

Beyond that is this: For my entire adult life, which began with the Reagan presidency, conservatives took pride in the power of their ideas and sought to infuse politics with them. On issues ranging from welfare and crime to education and judicial theory to tax rates and economic growth to rolling back communism, conservatives were winning the “war of ideas.” Indeed, by 1981 the Republican Party, the political home of conservatism, had become the “party of ideas,” in the words of Democratic Senator Daniel Patrick Moynihan. That was something that inspirited many of us, including those of us who worked in the Reagan administration.

Conservatism itself is based on a theory of human nature, social order, and government. It holds to certain enduring truths. It isn’t dogmatic, inflexible or utopian, believing as it does in the fallen nature of human beings and the importance of human experience. There is an epistemological modesty to conservatism that one usually finds lacking among progressives – but there is at its core a theory of how the world works. Conservatives were shaped by writers and public intellectuals and political figures that took serious ideas seriously. (Some of them can be found at the excellent new website Contemporary Thinkers.)

This isn’t all that conservatism is, of course – there is room in politics for the heart as well as the head, and moral intuitions can be as important as intellect — but these have been key elements of it. Yet now, with the rise of Mr. Trump, some people on the right want to drain politics of ideas and simply hand it over to a personality – and what a personality! Narcissistic, crude, erratic, untrustworthy and conspiracy-minded, let’s just say Mr. Trump is not a man one associates with cool and sedate reflection.

Many of us who care about conservatism have spoken out so forcefully and frequently against Mr. Trump because we believe that what is playing out is about more than Donald Trump. It’s about the party he wants to lead and the political philosophy he wants to claim. Some of us aren’t willing to hand them over to him without at least a bit of a fight. 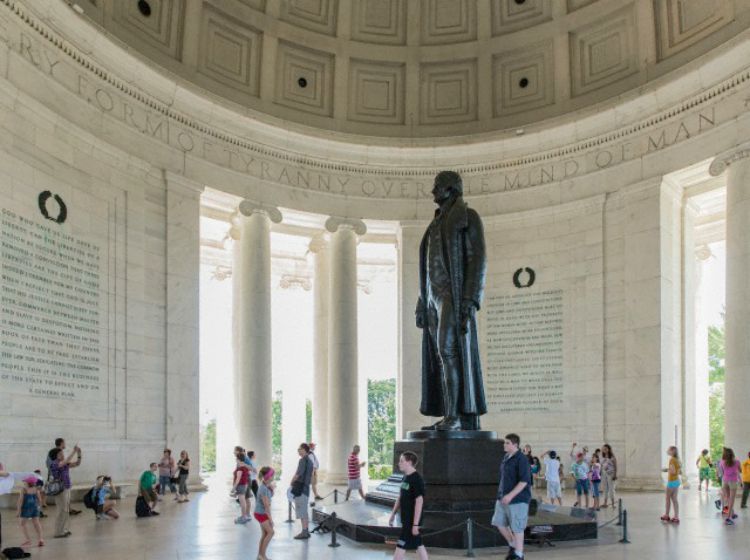