As Jonathan Tobin points out in his post, The Big Dog, Bill Clinton, confronted protesters from Black Lives Matter – and a day later, The Big Dog backed down.

It was a sad moment for a formerly great politician whose best days are clearly behind him, whose golden political touch often leaves him these days, and an indication of how dramatically the Democratic Party has lurched to the Left on matters like law-and-order. Even as significant a figure as Mr. Clinton was forced to retreat from arguing about the humane benefits of dropping crime rates, most especially for blacks in America, and adopt the posture that one of the main problems facing African Americans today is an endemically racist criminal justice system and racist cops.

There are of course some racist cops, but, as a general matter, this posture is simply wrong, injurious to minorities, in particular, and politically treacherous.

As this recent Gallup survey reports, Americans’ level of concern about crime and violence is at its highest point in 15 years. Fifty-three percent of U.S. adults say they personally worry “a great deal” about crime and violence, an increase of 14 percentage points since 2014. This figure is the highest Gallup has measured since March 2001.

This makes sense. There has been an increase in violent crime in the first half of 2015, with a six percent increase in murders compared to the same period in 2014. In addition, cities like Baltimore, Chicago, St. Louis and Washington, D.C., have seen significant increases in their murder rates. Those cities are predominantly inhabited by minorities.

Also of note: Americans’ worry about drug use has followed the same basic pattern over the last 15 years as worry about crime and violence. Forty-four percent of U.S. adults say they worry a great deal about drug use, up 10 points from the low found in 2014. This level of concern is on the higher end of what Gallup has found since first asking the question in 2001.

All of which means that concerns about crime are going to be a more salient issue with voters; that increasingly the Democratic Party is going to be seen as on the wrong side of this issue; and that Bill Clinton was mistaken, politically and on substance, when he backed down in his confrontation with Black Lives Matter protesters. The fact that Mr. Clinton felt he had to tells you a very great deal about the heart and mind of the modern Democratic Party. 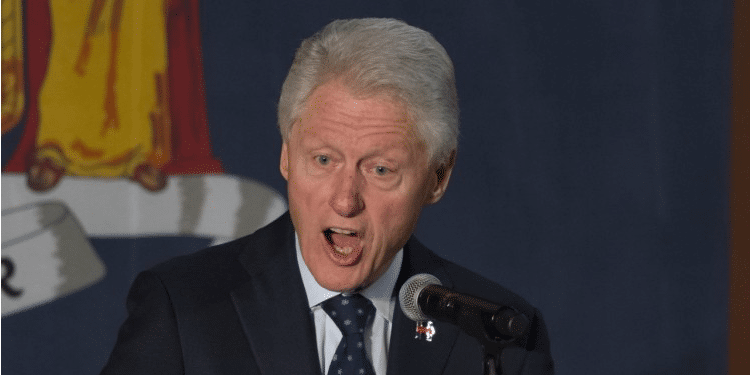