“Friendship is the greatest of worldly goods,” C.S. Lewis wrote to Alan Griffiths in the 1930s. “Certainly to me it is the chief happiness of life.”

This quote is found in a marvelous new book by Philip and Carol Zaleski, The Fellowship: The Literary Lives of the Inklings. The Inklings was a literary club that for three decades – from the end of the Great Depression through the 1950s — met every week in Lewis’s Oxford rooms and in nearby pubs. Its most significant members were Lewis, literary historian, author of The Chronicles of Narnia series and the most widely read Christian apologist of the 20th century; the English scholar, philologist and author of Lord of the Rings trilogy, J.R.R. Tolkien; the philosopher, poet and historian of language Owen Barfield; and the novelist, playwright, poet and theologian Charles Williams. (The book focuses on these four, although others were part of the group.)

They discussed literature, religion, and ideas, read aloud from their unfinished works, and provided one another encouragement, criticisms, and companionship. The Inklings, we read, “resembled an intellectual orchestra, a gathering of sparkling talents in common cause, each participant the master of his own chosen instrument, be it literature, theology, philosophy, history or medicine.”

The Fellowship is elegantly written; I found myself elevated by it and moved by the depth and quality of the friendship that existed among this extraordinary group, of whom Lewis and Tolkien were the pillars. It’s a story about friendships but of a special kind – friendships born not simply by those who share common interest but who share common purposes, who see the same truths, who, as Lewis wrote in The Four Loves, stand not face-to-face, as lovers do, but shoulder-to-shoulder. (In Nicomachean Ethics, Aristotle distinguishes friendships based on utility, pleasure and goodness, with the last the best and most enduring.)

According to the Zaleski’s, World War I caused a rising generation of British writers to react to that catastrophe by severing ties to tradition and embracing an aesthetics of dissonance, fragmentation, and estrangement. “Yet the Great War also instilled in many a longing to reclaim the goodness, beauty, and cultural continuity that had been so violently disrupted,” they wrote. “The Inklings came together because they shared that longing.” Believing that ours is a fallen but not a forsaken world, their great hope was “to restore Western culture to its religious roots, to unleash the powers of the imagination, to re-enchant the world through Christian faith and pagan beauty.” They were at work on a shared project, “to reclaim for contemporary life what Lewis called the ‘discarded image’ of a universe created, ordered, and shot through with meaning.”

One other thing: the Inklings were, one and all, “guilty of the heresy of the Happy Ending.” This was not a sop to wishful thinking, a refusal to grow up, according to the authors. Tolkien turned this charge on its head, arguing that our deepest wishes, revealed through fairy tales and myths, are not “compensatory fantasies but glimpses of an absolute reality. When Sam Gamgee [from The Lord of the Rings] cries out, ‘O great glory and splendor! And all my wishes have come true!’ we are not in the realm of escapism, but of the Gospel, in all its strangeness and beauty.”

Their belief in the Happy Ending was not incompatible with suffering and uncertainty in this world. “One may be as gloomy as Puddleglum or as convinced as Frodo that ‘All my choices have proved ill’ without losing hope in a final redemption.” They believed, with St. Paul, that momentary affliction is producing for us an eternal weight of glory far beyond all comparison.

The Inklings were writers and thinkers bound together by intellectual and spiritual common purpose, who delighted in each other’s company and shared one another’s journeys, and who “fashioned a new narrative of hope amid the ruins of war, industrialization, cultural disintegration, skepticism, and anomie.”

Theirs was an astonishing, enduring and life-affirming achievement. They dazzled and enchanted the world with their words, and their words were made better, and their lives more radiant, by one another. This was a lovely gift to each other and to us, and it has been beautifully captured in Philip and Carol Zaleski’s masterful literary biography. 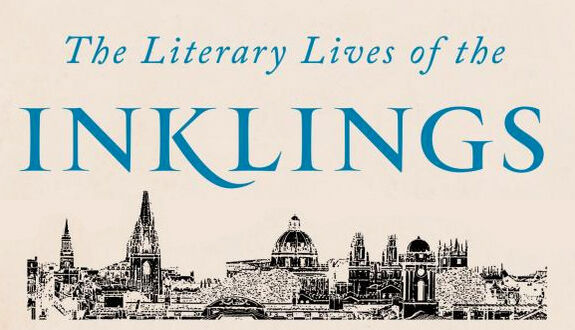