Presented with the strongest presidential field in 36 years – filled with accomplished conservatives — you have succeeded in nominating a man who is enamored with conspiracy theories, from President Obama’s birth certificate (Obama wasn’t born in America) to vaccinations causing autism to the Bush administration lying our way into war with Iraq to Ted Cruz’s father being involved in the assassination of President Kennedy.

You have chosen as the leader of your party a man who has financially supported Harry Reid and Hillary Clinton and in 2004 praised John Kerry as a “great guy… a very smart guy,” who has ridiculed Ronald Reagan and called for the impeachment of George W. Bush. Who has praised President Obama (“he’s doing a really good job”) and his stimulus package (“this is what we need”). Who during this campaign has spoken out in praise of Planned Parenthood and in favor of punishing women who have abortions. Who has advocated government mandating that individuals purchase health insurance and a single-payer health care system. Who has supported race-based preferences and opposes entitlement reform (entitlement programs are the chief driver of our debt and their reform is the sine qua non of limited government). Who is “the least conservative Republican presidential aspirant in living memory.”

The party of Lincoln and Reagan now has as its de facto nominee a fierce protectionist, an unconcealed nativist, and a man who has run his campaign on “know-nothing xenophobia.” A man who is enamored with Vladimir Putin and endorses war crimes, including targeting the families of terrorists. Who promises to be “neutral” toward Israel and those who want to destroy Israel. Who said of ISIS, “that’s not our fight.” Who has slandered America in a way the Left usually does. Who can’t talk coherently about the nuclear triad, the difference between the Quds Force in Iran and the Kurds, or health care (“get rid of the lines around each state“). Who said he would eliminate our $19 trillion debt in eight years without touching entitlement programs while also pushing for a tax plan that would cut an additional $10 trillion in revenue. Who incites violence and promises to create a “deportation force” to forcibly remove 11 million undocumented immigrants from America. Who is a chronic liar. Who mocks former POWs and people with physical disabilities and compares his opponents to child molesters. And who has said, “if Ivanka weren’t my daughter, perhaps I’d be dating her.”

Oh, you’ve also chosen a man to lead your party who happens to be “the most unpopular major party nominee in the modern era, with nearly two-thirds saying they have an unfavorable opinion of him. More than half view him ‘very unfavorably’ or say they’re ‘scared’ of his candidacy — figures with no precedent among modern presidential nominees.”

Republicans, having effectively nominated Mr. Trump, now get to live with him. And politically they will die with him. 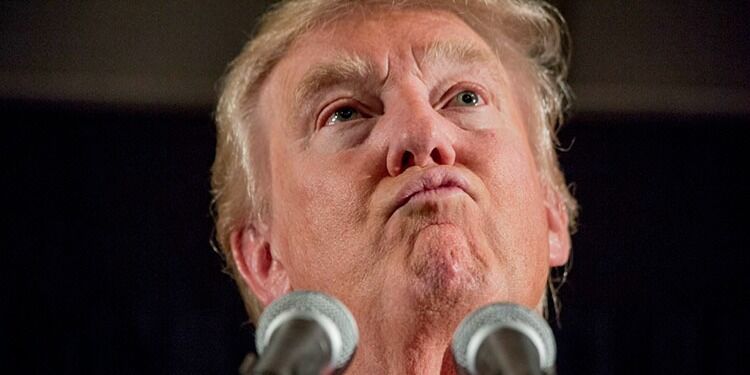