As Donald Trump appears to be closing in on winning the Republican nomination, it’s worth considering the durable political damage he will likely do to the GOP.

That’s not likely to change. In fact, it might get even worse, though there’s limited ground left for Trump to lose. I say that because so far Republicans have not gone after Trump hard on what he has said about immigration/illegal immigration; Democrats will show no such reticence. And what a target-rich environment they have — from Trump’s comments in his announcement speech when he described most Mexicans coming over the border as bringing crime, drugs, and rapes, though “some, I assume, are good people”; to his repeal of birthright citizenship and the 14th amendment; to the forced expulsion of some 11 million illegal immigrants; and much more.

Here’s the historical parallel that should frighten Republicans. In 1956, Dwight Eisenhower won 39 percent of the black vote and, in 1960, Richard Nixon won 32 percent. In 1964, Barry Goldwater won 6 percent. The reason? Goldwater opposed the 1964 Civil Rights Act while Lyndon Johnson supported it. (Johnson also supported the 1965 Voting Rights Act.) That was a searing moment for black Americans and turned them off to the Republican Party. More than a half-century later, little has changed.

One of my countless worries about Donald Trump is that he will do to the Hispanic vote what Goldwater did to the black vote, which is to so alienate them that later this year we might look back at Mitt Romney winning 27 percent of the Hispanic vote as an impressive achievement. Trump could cut that figure in half. And Hispanics, by the way, are among the fastest-rising demographic groups in America. In 2000, there were 35.7 million Hispanics in America; today, there are more than 55 million.

Donald Trump is a toxic force to many Americans. Unfortunately for Republicans, he’s most toxic among the groups that are growing in number and political power in America.

Good luck with that, Republicans. 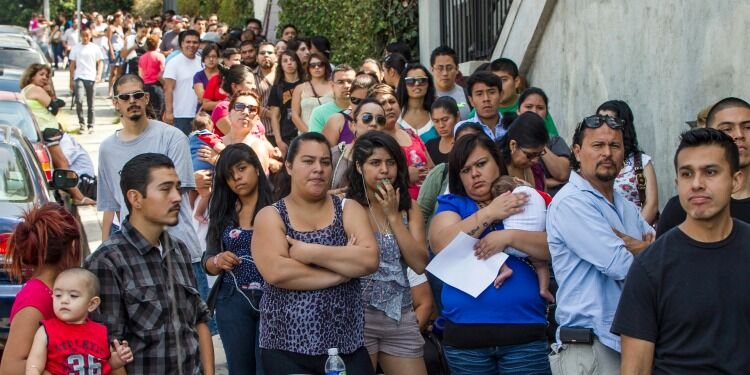