To highlight just one of the concerns I have with Donald Trump, I thought it might be helpful to focus on the issue that he supposedly knows the most about, that he has some mastery on: immigration.

On Sunday Mr. Trump was interviewed on ABC’s “This Week” and was pressed by host George Stephanopoulos on the details of his intention to deport more than 11 million illegal immigrants. (Do yourself a favor and read this column by George Will, which eviscerates Trump and his plan.)

When asked exactly how the massive deportation would come together and play out, Trump response was, “It’s called management.” This “management,” you see, would somehow figure out how, after having deported “the really good ones,” we’ll get them back in, legally, in an expedited fashion. (He doesn’t say why he doesn’t figure out who the really good ones are before sending in SWAT teams, loading them on buses, and dumping them on the other side of the Rio Grande, a point made by Charles Krauthammer.) “My specifics are very simple,” Trump said. “I’m going to get great people who know what they’re doing.” When asked if he expects neighbors to begin turning in neighbors, Trump confessed, “I don’t know what’s gonna happen.” He then said, “We have to do it that way… There’s no choice. We have no choice.”

Of course we will. It’s all so very simple.

Mr. Trump’s comments on immigration are notable because they are so typical. Yet his supporters are wholly untroubled by his nescience. What is remarkable to watch is how the cult of personality created by Trump has affected people. (Fred Barnes, having just spent time with Trump supporters, says their ties to him are “almost mystical” and they view him as a kind of “political savior.”)

It’s clear that some number of Trump supporters, in listening to their defense of him, have put off to the side any obvious interest in empirical data, rigorous arguments, and intellectual standards. They believe in Trump, and that is enough. He is the Rider on the White Horse. So they give him a pass on pretty much everything – his inconsistencies, his unworkable plans, his erratic and unstable temperament. Mr. Trump’s inanities are treated like Socratic utterances. His crude statements about war heroes and female reporters are viewed as refreshing candor. His liberal stands, past and present, are ignored or forgiven. Mr. Trump, you see, is a “doer.” What he does and how he does it doesn’t really matter. What counts, pollsters tell us, is his persona, not his policies. He “kicks ass and takes names.”

The problem is that when reason and considered judgments are so readily and completely cast aside in politics – when a form of emotivism carries the day; when a politician’s flip-flops and crude statements actually increase people’s devotion to him  – a great deal is lost and a great deal is threatened.

I’m not a hyper-rationalist; I recognize that for all of us, politics is a mixture of reason and emotion, of the rational and the sub-rational, of analysis and intuition. The great conservative reformer Edmund Burke used the word prejudice, by which he meant “the ‘untaught feelings’ and ‘mass of predispositions’ supplied by the collective wisdom of a people.” Pascal put it this way: “We know the truth not only by the reason, but by the heart.”

Yet in the case of Trump supporters – some of them, anyway – the head is being entirely cast aside for the heart. And while I understand the heart being won over be certain things – love, beauty, excellence, God – I find the heart being captivated by Donald Trump rather harder to fathom.

A friend of mine says that Mr. Trump is making a classic demagogic appeal, which often works in a democracy but rarely works in the American republic. “In this pre-primary stage our politics can seem awfully democratic,” he says. “Once the system gets going, I suspect Trump won’t last long.”

My friend is wise; I hope he’s right. Because if he’s not, there will be a terrible price to pay. 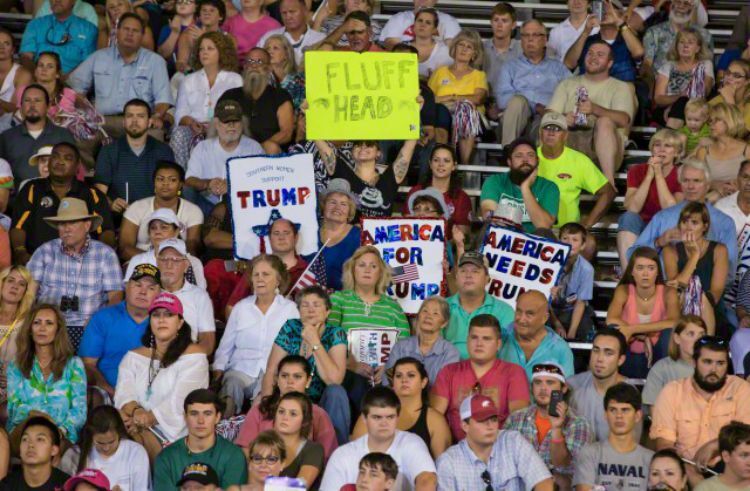