Yesterday Hugh Hewitt – in his fourth attempt since September – tried once again to get Donald Trump to identify his Secret Foreign Policy Team. And once again, Hewitt came up empty:

HH: I always ask you this question, Donald Trump. Are you ready to roll out your national security advisory team, yet?

HH: But I’d like to know your generals. … Ben Carson has General Dees, and other people have different generals advising them. Have you got any two-stars, three-stars, four-stars that are going to sign up with Trump?

HH: And when do we get them, because I want to talk to them?

DT: I would say within the next three to four weeks.

Back in September – 15 weeks ago – Trump told Hewitt that he had “a great team of people in place, or shortly will be in place,” and that he would be naming them “very soon.”

In any event, the team-forming process is allegedly going great. Trump gave Hewitt a glimpse of a general he shocked and awed:

DT: And I’m working with them, and I’m, you know, I feel I have a very good grasp. One of them said wow, you really understand foreign policy, and you really understand military policy. A general told me that. He was shocked, actually, if you want to know the truth, because he assumes that I’m, you know, really great at real estate, and really good at deals, but I really do have an understanding of that, and I know what to do. […] I think the military is going to be a very strong point if I win. I think the military is going to be a strong point, Hugh.

The evidence Trump cited yesterday for his “very good grasp of national security” was his allegedly prescient mention of Osama Bin Laden in 2000 in his book, The America We Deserve:

DT: I wrote a book, The America We Deserve. And in the book, I mentioned Osama bin Laden. … And you know, a lot of people are saying well, Trump mentioned that in his book before the World Trade Center came down, two years before the World Trade Center came down. I said you’ve got to get him, and he was a guy that was just a nasty guy talking big stuff. And I said you’d better get him, you’d better watch out for him. I didn’t like him, and you know, it was mentioned.

Here is the single mention of Osama bin Laden in the entire book, in a paragraph in which Trump’s topic sentence is, “Instead of one looming crisis hanging over us, we face a bewildering series of smaller crises, flash points, standoffs, and hot spots”:

One day we’re told that a shadowy figure with no fixed address named Osama bin-Laden is public enemy number one, and U.S. jetfighters lay waste to his camp in Afghanistan. He escapes back under some rock, and a few news cycles later it’s on to a new enemy and new crisis.

It has become obvious that pointing out Trump’s fabrications has no effect on his support: it does no good to observe that the Emperor is wearing no clothes, if the Emperor’s support rests on the fact that he is not a traditionally-dressed politician. But at some point, after too many of these unclothed moments, his supporters may begin to notice that he is an empty suit. 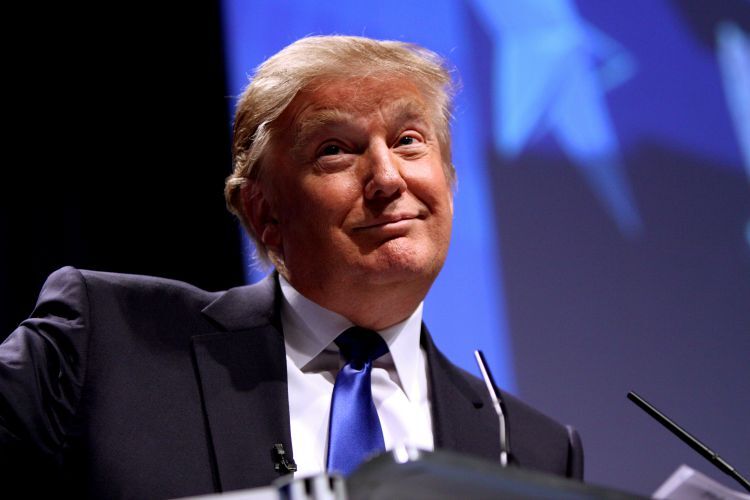