It’s only Monday evening, which means Americans face another full week of political and cultural squalor. For an antidote, consider Paulina Płaksej, who died Sunday, aged 93. Our former COMMENTARY colleague Daniella Greenbaum broke news of Płaksej’s death on Twitter, which alerted me (and many others) to her inspiring life and that of her family, Polish Catholics who fed, hid, and rescued Jews during the Holocaust.

Zachariasz and Bronisława Płaksej, Paulina’s parents, moved from Lviv, Ukraine, to Kałusz before the outbreak of the war. There, Zachariasz worked as an accountant at a local mine and developed warm relations with the area’s Jews. Toward the end of 1941, when the Nazis forced the Jews of Kałusz into a newly created ghetto with an eye toward their extermination, Zachariasz and his family “acted as couriers, smuggling notes in and out of the ghetto,” according to the Jewish Foundation for the Righteous. Soon, assisting persecuted Jews became the family’s main business.

It helped that they resided on the outskirts of town. As Paulina later recounted, “we lived in seclusion and not in the center of the town, so it was very convenient for us. We were surrounded by gardens, orchards, the river was flowing nearby, and there was a slaughterhouse not far away. The Germans rarely visited this place, so our life was peaceful…” Even before the creation of the ghetto, Jewish children would stop by the Płaksej home for a bowl of hot soup and a brief respite from the cruelty of daily life under occupation.

Her father, Paulina recalled, “was a very religious person, and he believed that you should always help a man, your fellow creature, as our religion has it. The Jewish victim was not simply a Jew, but your fellow, a human being, wasn’t he?”

The Płaksejs took extraordinary risks to that end, creating an underground pipeline from the Kałusz ghetto to safety for Jews targeted for liquidation:

The first family to escape [the ghetto] was Sara, Solomon, and their son, Imek. They temporarily hid at Paulina’s house. When it became too dangerous for them to stay there, Zacharias found a safer place for them to hide. He brought Sara, Solomon, and Imek to a trusted friend who was already hiding Jews in a bunker beneath his barn. Later, another Jewish woman, Rozia, escaped from the ghetto and sought out the Plaksej family. They also brought her to the farmer’s bunker. Paulina regularly brought whatever food and supplies were needed. Sara, Solomon, Imek, and Rozia, along with thirteen other Jews, stayed in this bunker for over a year. To this day, the identity of the farmer is not known.

In 1944 Miriam, another inhabitant of the ghetto, learned that the Germans planned to liquidate the ghetto and deport or murder the inhabitants. Miriam asked Zacharias to save her two-year-old daughter, Maja. Zacharias contacted Miriam’s former maid and arranged for her to come rescue Maja. The maid brought a horse and cart, and the Jewish police helped smuggle the little girl out of the ghetto. The maid told her neighbors that this little girl was her daughter who had just returned from living with her grandparents.

Miriam was in one of the last groups of Jews to be deported to Auschwitz. As her group was marched to the train, Miriam quickly took off her armband and joined the crowds in the street. She went straight to the Plaksej house asking for help. They hid her in their wardrobe for a number of months. Zacharias obtained forged papers for her and took her to another village where she would not be recognized as a Jew. There she was picked up as a Pole and sent to a German farm as a forced laborer. After the war, she returned to the maid’s house, picked up her daughter, and reunited with her husband. Due to the efforts of Paulina and her family, all of the Jews they helped survived the war.

The State of Israel in 1987 recognized Paulina and her parents as Righteous Among the Nations. May we never forget these stories, and may we all strive to follow in their footsteps, even and especially amid our contemporary squalor. 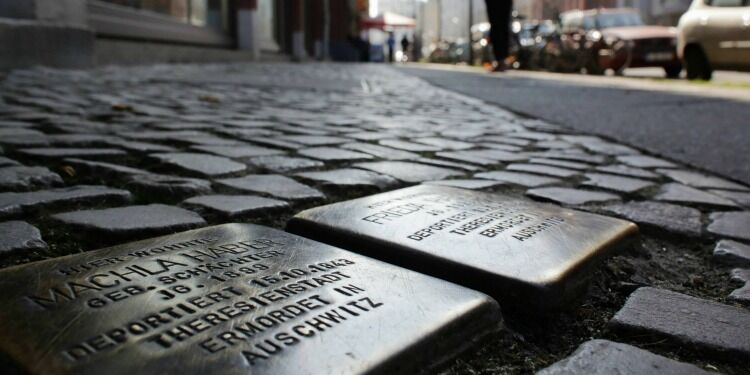