Ari Fuld described himself on Twitter as a marketer and social media consultant “when not defending Israel by exposing the lies and strengthening the truth.” On Sunday, a Palestinian terrorist stabbed Fuld at a shopping mall in Gush Etzion, a settlement south of Jerusalem. The Queens-born father of four died from his wounds, but not before he chased down his assailant and neutralized the threat to other civilians. Fuld thus gave the full measure of devotion to the Jewish people he loved. He was 45.

The episode is a grim reminder of the wisdom and essential justice of the Trump administration’s tough stance on the Palestinians.

Start with the Taylor Force Act. The act, named for another U.S. citizen felled by Palestinian terror, stanched the flow of American taxpayer fund to the Palestinian Authority’s civilian programs. Though it is small consolation to Fuld’s family, Americans can breathe a sigh of relief that they are no longer underwriting the PA slush fund used to pay stipends to the family members of dead, imprisoned, or injured terrorists, like the one who murdered Ari Fuld.

No principle of justice or sound statesmanship requires Washington to spend $200 million—the amount of PA aid funding slashed by the Trump administration last month—on an agency that financially induces the Palestinian people to commit acts of terror. The PA’s terrorism-incentive budget—“pay-to-slay,” as Douglas Feith called it—ranges from $50 million to $350 million annually. Footing even a fraction of that bill is tantamount to the American government subsidizing terrorism against its citizens.

If we don’t pay the Palestinians, the main line of reasoning runs, frustration will lead them to commit still more and bloodier acts of terror. But U.S. assistance to the PA dates to the PA’s founding in the Oslo Accords, and Palestinian terrorists have shed American and Israeli blood through all the years since then. What does it say about Palestinian leaders that they would unleash more terror unless we cross their palms with silver?

President Trump likewise deserves praise for booting Palestinian diplomats from U.S. soil. This past weekend, the State Department revoked a visa for Husam Zomlot, the highest-ranking Palestinian official in Washington. The State Department cited the Palestinians’ years-long refusal to sit down for peace talks with Israel. The better reason for expelling them is that the label “envoy” sits uneasily next to the names of Palestinian officials, given the links between the Palestine Liberation Organization, President Mahmoud Abbas’s Fatah faction, and various armed terrorist groups.

Fatah, for example, praised the Fuld murder. As the Jerusalem Post reported, the “al-Aqsa Martyrs Brigades, the military wing of Fatah . . . welcomed the attack, stressing the necessity of resistance ‘against settlements, Judaization of the land, and occupation crimes.’” It is up to Palestinian leaders to decide whether they want to be terrorists or statesmen. Pretending that they can be both at once was the height of Western folly, as Ari Fuld no doubt recognized.

May his memory be a blessing. 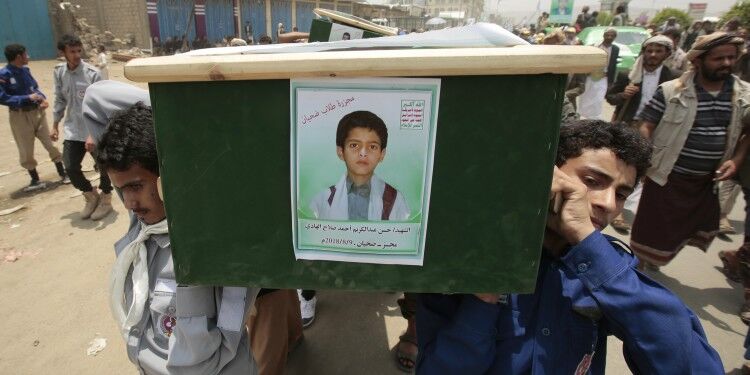