Last week’s CBS News report on the virtual eradication of Down Syndrome in Iceland shed rare and necessary light on the growing threats to the dignity of life across the West and in Northern Europe in particular. With new tests that can detect chromosomal abnormalities earlier in the pregnancy and with greater precision, an entire category of human beings faces extermination in societies that claim to prize tolerance and diversity above all.

Well, not if Charlotte “Charlie” Fien has something to say about it.

The 21-year-old from Surrey, England, is fast emerging as one of Europe’s most important anti-eradication advocates. Her activism is especially compelling because Fien is living proof against the argument, frequently proffered by those who support systematic prenatal detection and abortion, that people with the disability are miserable.

Fien has Down Syndrome (and autism), and she is happy to tell you that her life is enjoyable, interesting, and worth living. “I’m happy,” she says in a Skype interview. “I’ve got an amazing life. I’ve got a boyfriend, a lovely sweet boy. I got a job as a golf coach, to teach kids how to play golf.” Too often, the nondisabled make false assumptions regarding the subjective experiences of people with disabilities and chronic illness to justify their own policy preferences. Icelandic pregnancy counselor Helga Sol Olafsdottir told CBS, for example, that “we look at it as a thing that we ended. We ended a possible life that may have had a huge complication … preventing suffering for the child and for the family.” (Note, by the way, Olafsdottir’s use of dehumanizing language: “a thing,” “it,” “a possible life.”)

For Fien, such assumptions were one of her life’s few sources of unhappiness. It wasn’t nice to hear health-care providers suggest that people like her are better off not being born. Watching “A World Without Down Syndrome?”–a 2016 BBC documentary written and presented by the British actress Sally Phillips, who has a son with the disability–made her aware, for the first time, that people like her are being targeted for elimination.

She became active online and began taking public-speaking courses. In March, she addressed the United Nations in Geneva. “We just have an extra chromosome,” she told delegates. “We are still human begins. Human beings. We are not monsters. Don’t be afraid of us. We are people with different abilities and strengths. Don’t feel sorry for me. My life is great … Please do not try to kill us all off.” Her address received a long standing ovation.

People with Down Syndrome are “people of the heart,” as the Canadian humanitarian Jean Vanier says. If Down Syndrome is “eliminated,” if the new eugenicists succeed, the rest of us will lose the joy that they bring into our lives and with it the chance to encounter human difference in all its richness and vulnerability. To avert that bleak prospect, start by listening to people like Charlie Fien. 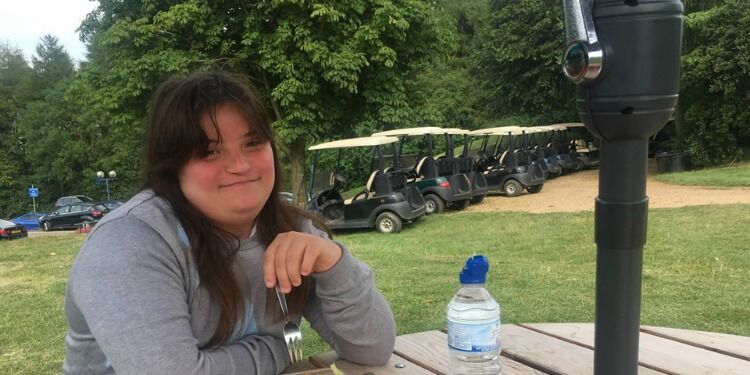