The rising tide of anti-free speech sentiment on the American left has engulfed the American Civil Liberties Union. The ACLU’s principled position on the First Amendment has long seen it come to the defense of Nazis, neo-Confederates, and sundry other groups with rancid ideologies. But now it is facing pressure, from within and without, to dial down its commitment to free speech for all.

The New York Times on Wednesday reported on an open letter, circulating inside the ACLU, which urges the organization’s leaders to balance free-speech rights against racial equality. The writers argued that “our broader mission—which includes advancing the racial justice guarantees in the Constitution and elsewhere, not just the First Amendment—continues to be undermined by our rigid stance.”

Meanwhile, at the College of William and Mary last week, Black Lives Matter activists heckled and silenced Claire Gastañaga, an ACLU representative who was to speak on “Students and the First Amendment.” These spectacles have become commonplace on university campuses, but the latest footage is chilling all the same.

When it became clear that she was being “no-platformed,” Gastañaga said: “I’m going to talk to you about knowing your rights, and protests and demonstrations, which this”—meaning the gathering BLM intifada—“illustrates very well.” But she got no further as the mob began howling: “ACLU, you protect Hitler too!”; “The revolution will not uphold the Constitution!”; “Liberalism is white supremacy”; and so on. Afterward, the BLMers prevented individual students from asking Gastañaga their questions.

Give the William and Mary BLMers points for honesty. At least they made it clear that their real beef is with America’s constitutional order. Like all totalitarians, they see things like free speech and due process as pesky obstacles on the path to utopia. More dismaying is that some ACLU staffers—and I’m willing to bet they tend to be the younger ones—have come to view free speech as inimical to racial justice.

This is a grave mistake. In fact, free speech is the best tool for securing other rights, including the right to equal treatment before the law. This is why free-speech rights were high on the civil-rights movement’s list of demands. As Martin Luther King noted in 1968:

If America is going in an ugly majoritarian dimension, as liberals fear, then it is all the more crucial to rally to the First Amendment. That means defending the right of unpopular groups and minorities so as to secure free speech for everyone. The fact that young lawyers at the ACLU—the ACLU!—don’t understand the ideas behind the First Amendment is a reminder that the country is in a very dark place. 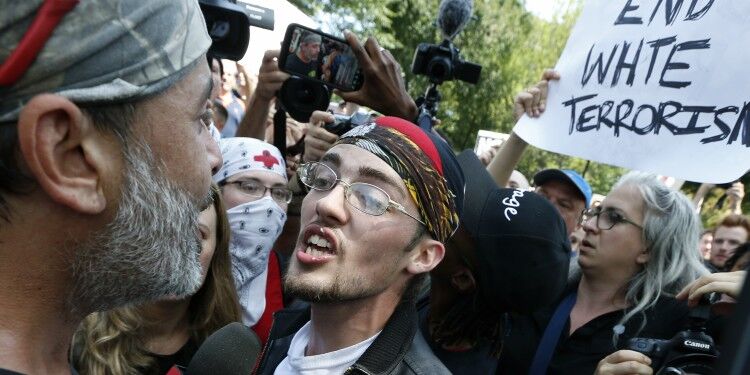