In the months after 9/11, George W. Bush warned Americans to prepare for a long twilight conflict. The 16th anniversary of the attacks provides grim proof of just how prescient the 43rd president was–whatever else he got wrong in the following years.

The Arab world continues to radiate danger and instability; wide swaths of the Middle East and Africa are ungoverned; vicious new Islamist outfits have eclipsed al-Qaeda; the civil war in Syria continues to rage, and millions of desperate people are on the move. The successes that do come the West’s way are tentative and incomplete at best. But we should still celebrate them.

Last week’s apparent Israeli airstrike in Syria was one such victory. In the early hours on Thursday, Israeli warplanes targeted a Syrian military position near the town of Masyaf, in Hama province. That’s according to a statement from the Syrian army, which claimed that two of its troops had been killed in the strike.

What was Bashar Assad up to in Masyaf? The generally reliable Syrian Observatory for Human Rights claimed that the targeted facility had been associated with Syria’s Scientific Studies and Research Centre, the outfit that manufactures Assad’s chemical weapons. You know, the ones he was supposed to have given up in the Russian-brokered deal that persuaded President Obama to back off his red line in 2013. The Masyaf site had also been used to store ground-to-ground rockets, and Iranian and Hezbollah personnel had been observed there.

The Israel Defense Forces kept mum as usual. But Defense Minister Avigdor Lieberman said in a radio interview after the airstrike that “we will do everything to prevent the existence of a Shiite corridor from Iran to Damascus.” He added: “We are determined to prevent our enemies from harming or even creating the possibility of harming the security of Israeli citizens.”

Yes, Jerusalem has had its own security interests in mind in all of these instances. But in protecting itself, the Jewish state has prevented the region’s various crises spiraling from the merely awful to the truly catastrophic. For an uneasy night of sleep, imagine Bashar Assad with nukes. Or imagine Hezbollah with chemical rockets.

By acting forcefully and decisively against bad actors, Israel saves Arab and Jewish (and Western) lives. Sixteen years after 9/11, it remains America’s most reliable and effective ally in what used to be called the War on Terror. 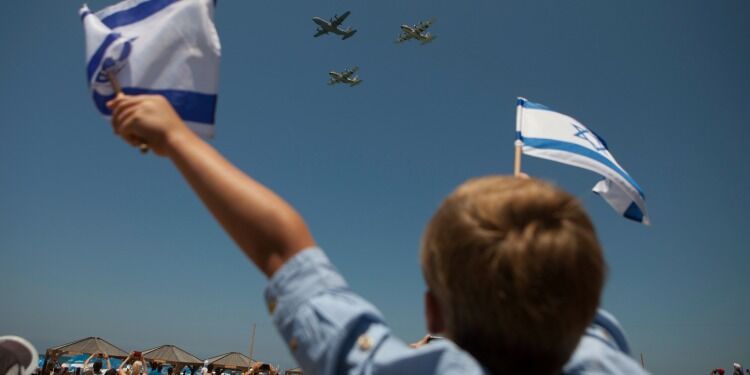