Strange ideological changes are afoot over at the Fox News Channel. The latest sign came Tuesday, with a Max Blumenthal appearance during prime time.

The anti-Israel author and agitator–whose virulent hatred of the Jewish state has long made him a darling of neo-Nazis and Iranian state television–looked delighted to be on the network, courtesy of Tucker Carlson. And with good reason. Here was a fine opportunity to hawk his conspiratorial vision of Israel and U.S. foreign policy to a conservative audience that is normally well-disposed toward Jews. (Full disclosure: I used to work for the Wall Street Journal, whose parent company and Fox News share common ownership.)

The topic was the Justice Department’s decision on Monday requiring the Kremlin propaganda outlet Russia Today (RT) to register as a foreign agent. “It’s no defense of the content of RT,” Carlson said, “to wonder why journalists who are rightly concerned about any government attempt to regulate their product are applauding the regulation of this cable channel. Why is that?”

Blumenthal framed the DOJ move as an attempt to silence brave dissidents such as, well, Max Blumenthal: “I go on RT fairly regularly, and the reason I do so is because, while the three major cable networks are promoting bombing and sanctioning half the world, at least the non-compliant nations, RT is questioning that.” Yes, and when RT’s “questioning” comes up short on facts, the network resorts to using video-game footage to claim that Washington is supporting Islamic State.

There was no pushback from Carlson, usually known for his spunky, combative style. Nor did he bother to present a charitable version of the opposing argument. In the Washington Post, Brookings fellow and COMMENTARY contributor James Kirchick has written a strong brief for why the U.S. should make it harder for RT to access American airwaves. Yet I’m not quite persuaded of the wisdom of such restrictions. I worry about opening the door, even an inch, to government regulation of broadcast speech, even if that speech comes from an adversarial, autocratic regime. Perhaps such moves make sense in small, fragile, Kremlin-endangered states that lack a robust indigenous media. But in the U.S., with its large and diverse media market, the best antidote to Moscow’s lies is truthful reporting.

But never mind all that. What Blumenthal wanted to talk about were the real sources of malign foreign influence in Washington: the Jews. Or as Blumenthal put it to Carlson, “the Israel lobby and organizations like [the American Israel Public Affairs Committee], which have been promoting a humanitarian catastrophe in the Gaza Strip, war on Lebanon, war on Iran, which is [sic] not required for some reason to register as a foreign agent, and I don’t why that is.”

Carlson didn’t offer a single critical note in response to any of this. Instead, he went on to underscore Blumenthal’s points, raising a knowing eyebrow here and there as his guest cast the pro-Israel lobby–a domestic, small-“d” democratic movement reflecting a broad opinion consensus among U.S. voters–as equally if not more malign than Putin’s infowar operations. And Blumenthal said all this, unchallenged, not on Amy Goodman’s Democracy Now–but on Fox News.

The Blumenthal interview followed an earlier segment, in which Carlson approvingly quoted Noam Chomsky to the effect that American democracy represents a form of “manufactured consent”–i.e., that it is merely a more subtle form of dictatorship than those found in obviously unfree societies. I wonder: Which icon of leftist crankery will Carlson elevate next? Naomi Klein? Slavoj Zizek? The ghost of Howard Zinn? Tune in to Fox to find out. 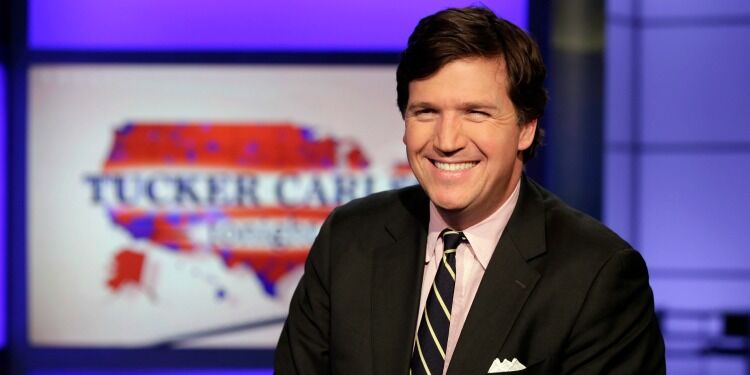 The Return of Bitter White Men

Qatar and the Columbia Journalism Review

How Not to Win Media Trust