When the Anti-Defamation League tapped Jonathan Greenblatt to serve as its CEO in 2015, there were concerns that the Obama White House alumnus would turn the venerable civil-rights group into an arm of the Democratic Party. Alas, those concerns have proved well-founded. Witness Greenblatt’s letter this week opposing Mike Pompeo, President Trump’s choice for America’s next secretary of state, for the flimsiest of reasons.

Running to more than 5,000 words, the letter accuses the CIA director of fanning bigotry with irresponsible statements about radical Islam. Greenblatt goes so far as to suggest that Pompeo’s attitudes are redolent of classic anti-Semitism. That’s a serious charge. It is also utterly baseless. If Pompeo is “Islamophobic,” then so is the ADL. As it turns out, the secretary of state-designate and the ADL have remarkably similar views on the nature of the Islamist threat.

The Silence of American Muslim Organizations

The ADL fulminates against Pompeo for suggesting that some American Muslim organizations don’t go far enough in condemning terrorism and the ideologies that inspire it. Here’s Greenblatt’s letter:

In the aftermath of the 2013 Boston Marathon bombing when responsible leaders were attempting to calm interfaith tensions, Mr. Pompeo did the opposite. . . . Despite the numerous and repeated condemnations of extremism that Muslims and Muslim leaders had voiced, then-Rep. Pompeo said that ‘silence in the face of extremism coming from the best funded Islamic advocacy organizations, and many mosques across America, is absolutely deafening.’

Yet the ADL has also criticized American Muslim organizations for failing to condemn terrorism unequivocally, and in terms that have been as harsh if not harsher than Pompeo’s. Consider the ADL’s profile of the Council on American Islamic Relations, or CAIR, one of the largest and most visible of such groups. “CAIR’s stated commitment to ‘justice and mutual understanding,’” the ADL argued,

. . . is undermined by its anti-Israel agenda. . . . While CAIR has denounced specific acts of terrorism in the U.S. and abroad, for many years it refused to unequivocally condemn Palestinian terror organizations and Hebzollah by name. . . . CAIR’s more recent criticism on Hezbollah began only when the terrorist organization stopped focusing solely on Israel and began engaging in military operations against Sunni Muslim fighters in Syria and Iraq.

As the number of American Muslim extremists allegedly involved in terror plots in the U.S. and abroad continues to grow, major Muslim-American organizations have publicly acknowledged the existence of a problem in their community and vowed to tackle it head on. But the initial efforts to root out radicalization—announced by a few of these groups in the wake of the arrests in Pakistan of five Muslim-American students from Virginia for allegedly attempting to join a terrorist group—has proven to be a sham and a cover for anti-Semitism and extremism, according to the Anti-Defamation League.

So much for Greenblatt’s claim that Pompeo’s concerns about Muslim organizations made the then-congressman an outlier in the American conversation about Islamism and terror. That is, unless Greenblatt is willing to concede that the ADL, too, was bigoted and out of the mainstream as recently as a few years ago.

The ADL’s letter also takes Pompeo to task for allegedly promoting a “conspiracy theory that a fifth column of Muslims exists in the United States with the express purpose of undermining the country.” To prove the charge, the ADL quotes from a 2014 interview with Pompeo in which he said:

There are organizations and networks here in the United States tied to radical Islam in deep and fundamental ways, and they’re not just in places like Libya, and Syria, and Iraq, but in places like Coldwater, Kansas and small towns all throughout America. This network is real. The efforts to expand the caliphate are not limited to the physical geography of the Middle East or in the other places where there are large Muslim majorities.

The ADL also quoted from a 2015 speech in which then-Congressman Pompeo said:

I don’t think that you can define the challenge by geography but rather we have a military, political, and diplomatic challenge and a faith-driven challenge to figure out how to contain what is not a small minority inside the Islamic faith that believes in much of what it is we are facing in the Middle East today and the threats that we face here in America as well.

To summarize Pompeo’s views, he believes, first, that there are radical-Islamic networks that operate in the American heartland, and, second, that the Islamist threat is not a geographic one but an ideological and globe-spanning challenge to Western security. Well, the ADL has long suggested the same things, sometimes in nearly identical language.

Here’s a statement from an ADL report marking a decade after 9/11:

The ideologies of extreme intolerance that motivated the 19 hijackers responsible for carrying out the September 11, 2001, terrorist attacks continue to pose a serious threat to the U.S.

While no attacks of that magnitude have been successful on American soil in the ten years since 9/11, one of the most striking elements of today’s terror threat picture is the role that a growing number of American citizens and residents motivated by radical interpretations of Islam have played in criminal plots to attack Americans in the United States and abroad.

Although they do not constitute a fully coherent movement in the U.S., more and more American citizens and residents are being influenced by ideologies that justify and sanction violence commonly propagated by Islamic terrorist movements overseas.

In addition to disagreements with perceived American actions against Muslims around the world, these extremists believe that the West (and America specifically) is at war with Islam and it is the duty of Muslims to defend the global Muslim community through violent means. They come from diverse backgrounds and, as a whole, do not easily fit a specific profile. About one fourth are converts to Islam who embrace the most extreme interpretations of the religion.

Likewise, in a 2013 report on homegrown Islamism that was published in the wake of the Boston Marathon bombings, the ADL noted:

The Boston Marathon bombing in April 2013 served as a tragic reminder of the persistent threat posed to the United States by homegrown extremists motivated by the ideologies and objectives commonly propagated by Islamic terrorist movements overseas. The bombing also underscored the significant influence and impact of online terrorist propaganda on a new generation of homegrown Islamic extremists.

As Internet proficiency and the use of social media grow ever-more universal, so too do the efforts of terrorist groups to exploit new technology in order to make materials that justify and sanction violence more accessible and practical. Terrorist groups are not only using Facebook, Twitter, YouTube, and various other platforms to spread their messages, but also to actively recruit adherents who live in the communities they seek to target. . . .

While the fundamental ideological content of terrorist propaganda has remained consistent for two decades—replete with militant condemnations of perceived American transgressions against Muslims worldwide, appeals for violence and anti-Semitism—terrorists groups are now able to reach, recruit and motivate homegrown extremists more quickly and effectively than ever before by adapting their messages to new technology. One clear indication of the success of these efforts is the number of homegrown extremists that have been found in possession of terrorist propaganda.

Although most homegrown Islamic extremists have lacked the capacity to carry out violent attacks—plots have been foiled by law enforcement at various stages—the Boston bombing showed how two brothers influenced by online terrorist propaganda can terrorize our communities and undermine our security.

The ADL, then, acknowledged the ideological nature of the Islamist threat and its homegrown dimension. What is sauce for the goose is sauce for the gander. If Pompeo’s remarks are beyond the pale, so are the ADL’s positions. Senators weighing Pompeo’s fitness to serve as America’s top diplomat can be forgiven for dismissing this cheap attempt at sliming him. It is the ADL’s donors and supporters who should be asking tough questions—of Greenblatt. 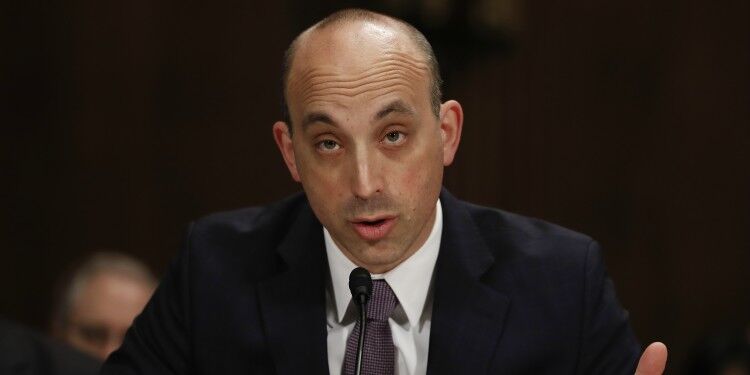