Angela Merkel on Monday downed what she no doubt viewed as a poisoned chalice. To keep her power and her grand coalition, the German chancellor agreed finally to stanch the flow of migrants by setting up camps at the border and turning away those who had already applied for asylum in other European countries. The concession comes three years after Merkel flung open the gates to more than a million newcomers from the Middle East and Africa. For much of that time, she refused to put a cap on the number Germany would accept.

Whatever the immediate political outcome—Merkel’s position remains tenuous amid a mighty anti-immigration backlash on the center and far right—she has already cemented her legacy. And it is a baleful one. Inspired by what can only be described as a kind of liberal fundamentalism, Merkel’s response to the migrant crisis destabilized Europe and discredited the Western project in the eyes of global multitudes. Behind Donald Trump and Brexit and other populist uprisings of our time lies the figure of “Mama Merkel,” as Syrian refugees to Germany lovingly nicknamed their patroness.

I write this with not a little heartache. I began reporting on the migration crisis in 2014 and dove headlong into the story in 2015, the year the largest number of refugees arrived. For a feature series for the Wall Street Journal, I followed groups of migrants through the Western Balkan Corridor, the route that brought them from Turkey’s western shore through the Greek isles and eventually to Germany.

Who could not sympathize with people fleeing barrel bombs in Syria, warlordism in Afghanistan, suffocating repression in Iran? As an immigrant to the West, my heart was with the (mostly) young men whom I met on the trail, as they trekked 40 miles diagonally across the isle of Lesbos in 100-degree heat, across the barbed-wire fences erected by Hungary and likeminded governments in Central and Eastern Europe, and finally across the cultural chasm that divided the guests and their hosts in cities such as Hanover and small towns such as Lage, Germany.

The more reporting and thinking I did, however, the more uneasy I became about Merkel’s project—to the point where last year I wrote a glowing review in these pages of The Strange Death of Europe, a book by Douglas Murray, Britain’s preeminent immigration skeptic.

For starters, there was the sheer chaos. Merkel’s defiance of the European Union’s Dublin rule, according to which asylum seekers are required to lodge their application in the first EU country in which they land—typically Italy and Greece—showed callous disregard for the common good of Germany’s neighbors and the Continent as a whole. It encouraged hundreds of thousands of migrants to chance the waters of the Med aboard unseaworthy dinghies, in the hope that Mama Merkel would embrace them. It filled the coffers of the unscrupulous smugglers who made the crossing possible. It sent thousands daily into the Balkans, a region that was already an ethnic and sectarian tinderbox without the presence of people from strange places called Deir Ezzor, Homs, and Mosul. Overwhelmed, states farther down the trail, such as Austria and Hungary, closed their borders at various points, shifting migrant flows willy-nilly and rankling the nerves of other European publics. Makeshift migrant camps appeared in public parks and train stations in Belgrade and Skopje and Budapest. Goodwill wore thin. Even if native populations had the appetite for accepting a million newcomers, the disorder created by Merkel was sure to sour it.

Then there were the deeper questions that German policy never quite answered: Why were these people arriving now? Like most reporters, I thought the answer was simple: war, oppression, misery. But vast swaths of the Middle East and Africa have been miserable for as long as anyone can remember. Yes, the Syrian civil war is an enormous humanitarian calamity even by Mideast standards, and it is understandable that Syrians should seek to escape. But what about the others—the Afghans, the Iranians, the Bangladeshis, the Pakistanis, the Congolese, and many other nationalities whom I encountered on the trail? By upending the traditional asylum-processing model, Merkel made it nearly impossible to figure out who was a genuine refugee and who an economic migrant.

Or was Merkel’s idea that anyone, anywhere who is suffering oppression and joblessness deserves a home in Europe? “Europe,” according to this view, is little more than a set of overlapping liberal procedural norms. Those norms have room enough for the particular nations and traditions that occupy the geographic space, but the particular bits are ultimately insubstantial and interchangeable. This, I suspect, was the ideological impulse at the heart of Merkel’s project, which is why I describe it as a form of liberal fundamentalism. Merkelism has already wrought disaster for Europe and the West, and there are more disasters yet to come. 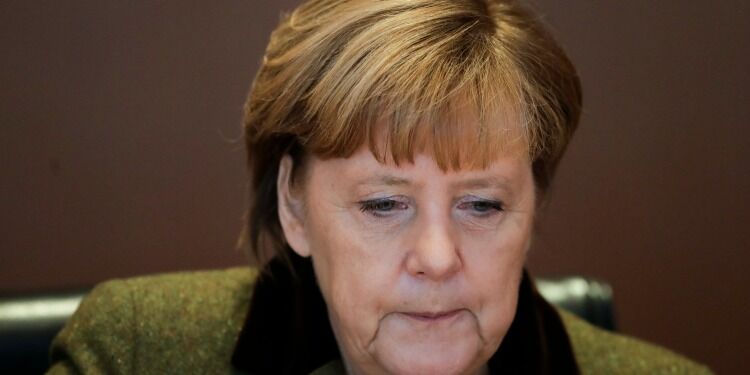