“Call them as we see them.” For months now this hokey expression has served as both mantra and alibi for center-right intellectuals aboard the Trump Train. They repeat it daily on TV and in columns and editorials. Hence, mantra. And it invariably comes in response to the charge that conservative Trumpians have abandoned core conservative ideas. Hence, alibi.

The typical argument runs this way: We haven’t shied away from criticizing the president when he has taken missteps. But we aren’t prepared to join the #Resistance or burn the GOP to the ground to feel better about ourselves. We have to influence Trump, to try to bend his administration toward conservatism. There is a legislative agenda to enact. Cheap moral posturing would get us nowhere on these fronts, would it? So, we call them as we see them.

The trouble is that, most of the time, these intellectuals prefer not to see them—or if they see them, they don’t call them.

Take the barrage of tweets that issued from the presidential smartphone on Friday morning. In case you missed them, whether owing to “Trump fatigue” or some other reason, allow me to quote the Leader of the Free World at some length:

Everybody is asking why the Justice Department (and the FBI) isn’t [sic] looking into all of the dishonesty going on with Crooked Hillary and the Dems. New book by Donna B[razile] says she [Crooked Hillary] paid for and stole the Dem Primary. What about the deleted E-mails, Uranium, Podesta, the Server, plus, plus… People are angry. At some point the Justice Department, and the FBI, must do what is right and proper. The American public deserves it! The real story on Collusion is in Donna B’s new book. Crooked Hillary bought the DNC & then stole the Democratic Primary from Crazy Bernie [Sanders]! Pocahontas [Elizabeth Warren, presumably] just stated that the Democrats, lead [sic] by the legendary Crooked Hillary Clinton, rigged the Primaries! Lets [sic] go FBI & Justice Dept.

There was more, but I will stop there, for your sake and mine.

Set aside the typos, grammatical errors, belittling nicknames, and childish expressions (“plus, plus…”). These things have become routine features of presidential discourse under Trump, and getting worked up about them serves little purpose. It is the substance of the tweets that should set off alarms among conservatives.

Here was the U.S. president threatening to sic federal law enforcers on the opposition party and interfering in the independence of the Justice Department in the process. Democratic leaders’ decision to shift control of the national party apparatus to Hillary Clinton’s campaign was no doubt unsavory. It fell short of small-“d” democratic standards. But it was the private, perfectly legal activity of a political party.

Trump’s rhetoric is the stuff of Mideast dictatorships and South American banana republics. It is redolent of the kind of political bullying that the U.S. State Department highlights in its annual reporting on political freedom and human rights across the world. Will Trumpian intellectuals call it for what it is?

Don’t bet on it. “Call them as we see them” only extends to policy—and never to the steady erosion of presidential norms and civic dignity under Trump.

Traditional conservatives who have embraced the 45th president have been forthright in correcting Trump’s isolationist tendencies; his opposition to free trade; his immigration incompetence and overreach; and so forth. They deserve credit for this. And by the same token, Trump’s critics on the right should offer praise when the president gets policy right. (I have done so here, here, here, and here, among many other instances.)

Yet the presidency is about more than policy. There is a moral and symbolic dimension to the job. The president is called to act as democratic teacher and to elevate the nation. His conduct sets the tone of American self-government and shapes its character. For Trump, the model seems to be Turkey’s Recep Tayyip Erdoğan.

Conservative intellectuals in the president’s corner rarely call him out on his degrading behavior, however. When they do, the criticism is almost always framed in tactical rather than moral terms (“Mr. Trump would be wise to focus on passing health-care reform rather than wasting his time on social media,” etc.).

At worst, the Trumpian intellectuals have used rank sophistry to justify the president’s indecencies. Trump speaks and acts like the people who elected him, they say (a grave insult to Trump voters, if you ask me). Or they contend that Trump’s Twitter threats are hollow and shouldn’t be taken too seriously (whatever happened to the conservative conviction that rhetoric and ideas matter because they reveal ideological instincts?). When all else fails, the Trumpians turn to whataboutery (a tactical reflex that will make it nearly impossible for conservatives ever to claim to stand on principle again).

Which brings us to those on the other side of the conservative divide. If Trump’s right-wing critics have traded all their influence for cheap moralism, it is a wonder why the Trumpians continue to devote so many column inches and Fox News hits to railing against the remnants of Never Trump. Could it be that these highbrow Trumpians know that certain things are indefensible, and the knowledge makes them resent all the more the small band of conservative malcontents willing to say so?

Hey, I’m calling them as I see them. 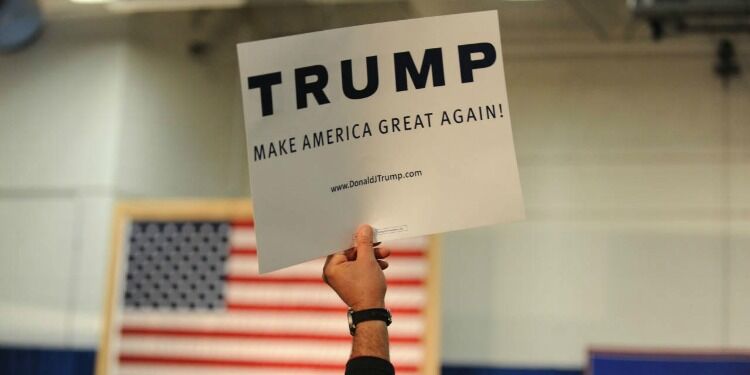