It is as if Richard Nixon had lost the 1972 presidential election—and not to George McGovern but to Gus Hall.

British PM Theresa May called a snap poll to capitalize on Labour’s lurch to the extreme left and bulk up her majority as Britain embarks on the Brexit process. She went into the campaign with a 20-point lead, opposition leader Jeremy Corbyn’s associations with the IRA and Hamas under scrutiny, and a collapse in support for the nationalist UKIP party, which previously threatened the Tory right flank.

In the event, she lost the Tories’ overall majority in the House of Commons and saw Corbyn, a soapbox Marxist, take Conservative heartland seats such as Peterborough and Canterbury—a development, to return to our 1972 analogy, akin to Nixon losing Texas and Indiana. May hopes to cling onto power with the help of the Democratic Unionist Party, a corporatist outfit that dominates Protestant politics in Northern Ireland. However, the Conservatives are famously ruthless towards leaders who fail and even, in the case of Margaret Thatcher, those who win. May, as I argued in the May issue of COMMENTARY, is no Margaret Thatcher. She may be given a brief reprieve to enter talks with the DUP and establish a stable government, but after that, the odds are on a leadership challenge. If she leaves office in the next month she will be the shortest-serving British Prime Minister since the Earl of Bute, who governed for 317 days and lost office in 1763 after introducing a tax on cider.

Negotiations to secure Britain’s exit from the European Union begin in ten days. Leaders in Brussels are said to be bemused by the spectacle of a country in the throes of a nervous breakdown. Britain has always been a thorn in the side of the EU establishment; too patriotic, too skeptical of the European integration project. Only now is it seen as an unserious country. Britons voted narrowly for Brexit on a platform that was summarily abandoned by its proponents once the votes were counted. Prime Minister David Cameron, who had called the referendum, resigned and was replaced by May. She had opposed Brexit but now championed a hardline interpretation with the zeal of a convert, even threatening to withdraw counter-terrorism cooperation from European allies if they were less than amenable to Britain’s interests in the departure talks. As the May government veered erratically, the Labour opposition decided it would no longer oppose Brexit, rescinding its decades-old pro-Europeanism.

It’s not just our continental cousins; the Brits no longer take themselves seriously. We can hardly maintain a stiff upper lip while guffawing at our hapless leaders, all the while wanly ironizing our self-debasement at the ballot box. Britannia’s trident is now a marotte, her Corinthian helmet a clown face.

What makes the Tories’ electoral performance all the more humiliating is the grain of May’s opponent. Jeremy Corbyn was boosted into the Labour leader’s chair in 2015, when students and veteran communists flooded the party’s membership rolls and threw the primary for the ardent socialist. Every indicator, historical and psephological, pointed to a catastrophe should Corbyn lead Labour into an election. That he managed to increase Labour’s vote share and seat tally is undoubtedly a function of the divisions wrought by Brexit and of a chaotic Conservative election campaign that saw the Tories propose punitive entitlements reform on their elderly voter base and the Prime Minister hole up in Downing Street refusing to appear on camera as her polling numbers worsened.

This is only part of the story. The other part, as unavoidable as it is unpalatable, is that Jeremy Corbyn connected with a large segment of the UK population. An eccentric who spent thirty years championing crank causes from the backbenches, Corbyn attracted voters despite his record of sympathizing with and even championing the IRA, Hamas, and Hezbollah. He is no mere romantic radical. Corbyn associated with murderers, anti-Semites and Holocaust-deniers. When the IRA attempted to assassinate Margaret Thatcher in 1984, killing five people in the process, Corbyn invited its leaders to the House of Commons and was later arrested protesting in “solidarity” outside the assassin’s trial. He still refuses to return the $26,000 he accepted from the Iranian regime’s Press TV.

Since his election to lead Labour, the party has been engulfed in an anti-Semitism scandal, with a series of Corbyn supporters abusing Jews and attempting to run the few remaining supporters of Israel out of the party. Anti-Semitism has become so normalized in Labour that it refuses to expel Ken Livingstone, former Mayor of London, who routinely accuses Zionists of collaborating with the Nazis and characterizes Hitler as a supporter of Jewish settlement in Palestine.

That one-time opponents of Corbyn within the Labour Party have declared a truce is disheartening, but politics is politics. The real horror lies in the 40 percent of British voters who looked at this record and voted for Corbyn all the same. We are told by left-leaning commentators that these electors, among them the young and socially disenfranchised, were driven by despair at a sluggish economy, low-paying jobs, and seven years of punishing austerity. A similar rationale for blue collar America’s embrace of Donald Trump is met with scorn by these same observers. We are again divided by our common language: An American deplorable is a British progressive.

Last month I argued that Jeremy Corbyn presented the UK with a moral test: Were we a country that could tolerate toleration of anti-Semitism, that could support a man who supported the killers of our people in Northern Ireland? We came perilously close to failing that test. We still might. 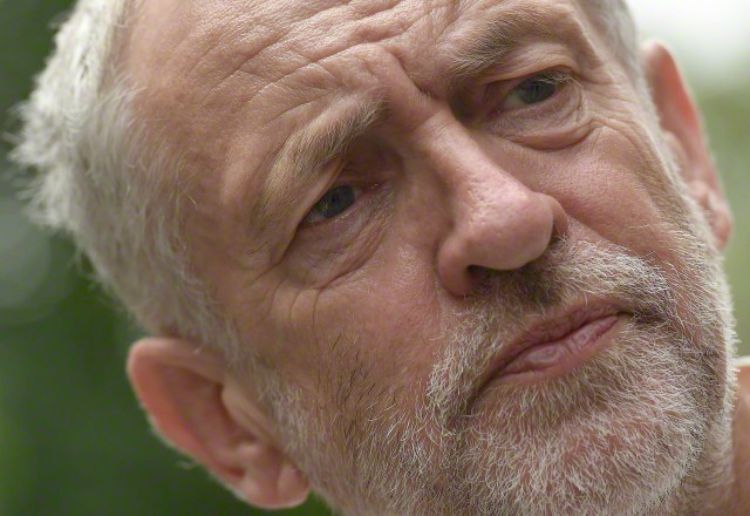