Now that Donald Trump has won the presidency, one of his transition team’s top priorities should be ensuring that the candidate who came to power on a pledge to drain the federal swamp of corruption and self-dealing is not pulled into the mire upon his inauguration. The problem is not Trump’s wealth per se; America has had many wealthy presidents. The problem is the form of Trump’s wealth.

Not since the early decades of the Republic, when presidents like Washington, Jefferson, and Jackson held fortunes built in part on land speculation, has an American president taken office whose wealth was so extensively rooted in real property. But there is more to the Trump Organization than trophy properties and golf courses. Donald Trump is a brand unto himself, a name that appears on everything from neckties to cologne to bottled water. Donald J. Trump brand eyeglasses (made in China) are available for purchase online. The Trump Winery, located down the road from Thomas Jefferson’s Monticello, produces Trump Cabernet, Bordeaux, and Viognier. All these assets are managed by a closely-held corporation at the heart of which is Trump and his adult children.

So how is the President-elect to manage his wealth while running the nation? During the 1990s, Bill Clinton cashed in most of his securities to avoid a conflict of interests. Other presidents like John F. Kennedy, Lyndon Johnson, and George Bush (both father and son) relied heavily on blind trusts. These presidents had no control over the trusts, nor did they have any knowledge of the assets held in them. And since the presidents had no idea what assets were in the trusts, their decisions could not be influenced by the prospect of private gain.

A blind trust would entail selling Trump’s assets and reinvesting the proceeds in securities, which would be managed by trustees for his sole benefit. Trump would not know which securities the trust contained, rendering it impossible for his administration to engage in self-dealing. Having his children assume control over his holdings would hardly put blinders on Trump’s financial interests. And with Donald Jr., Ivanka, and Eric already hard at work on Trump’s transition team, it seems unlikely that our President-elect will be keeping his children out of politics.

Neither the Constitution nor federal law explicitly requires the president to divest his assets in order to avoid a conflict of interest, but that may be the only meaningful solution available if President Trump is to avoid falling afoul of legal, constitutional, and ethical strictures. For example, Article I of the Constitution prohibits the President from accepting any present or emolument of any kind from a foreign state without the consent of Congress. Depending on how one interprets the word emolument, it is not difficult to imagine how Trump’s ongoing joint golf course venture with a U.A.E. government-controlled enterprise might raise constitutional alarm bells. This is of course not his only foreign holding: SEC filings indicate that Donald Trump owns a direct stake in over 500 companies including many in strategic countries such as Dubai, Egypt, India, Israel, the Philippines, and more.

Furthermore, the Foreign Corrupt Practices Act bars any domestic concern (including business trusts) from making payments, offers, or promises to pay money or anything of value with the knowledge that the payment or promise will be passed on to a foreign official for the purpose of securing a business advantage. No matter how fair the face value of the transaction, any foreign dealings by the Trump Organization’s business trust could be suspect under this provision. Foreign enterprises (and associated government officials) might be keen to do business with the Trump Organization for the sole reason that the leader of the free world is its chief beneficiary. Steering clear of even a perception of impropriety under the FCPA would thus be a herculean task for a business trust run by the President’s own children.

It is as important for the President to govern fairly as it is for him to be seen to govern fairly, and divestiture would make both these things possible for Trump. Divestiture can be accomplished without tax pain.  Under the IRS code, Trump would not be forced to recognize capital gain on the sale of inception assets in a blind trust. He should welcome this once-in-a-lifetime opportunity to diversify without the usual penalty.

Divestiture would be good business for the Trump Organization and good politics for the nation. It would, as the Dealmaker in Chief might say, be a win-win proposition. 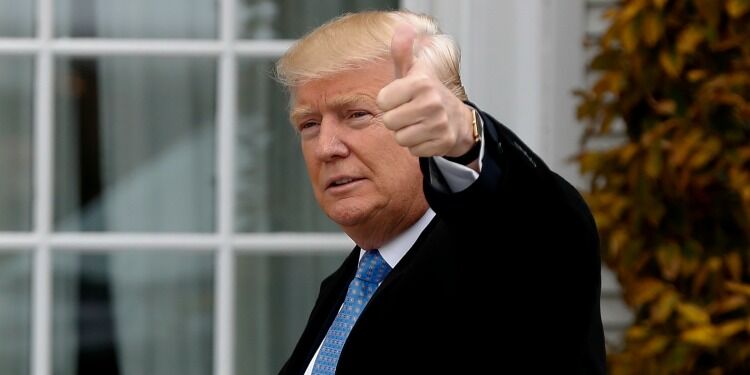 Tara Helfman is a visiting scholar at the Georgetown Center for the Constitution and an associate professor at the Syracuse University College of Law.