Really it should come as no surprise that the scientist and outspoken atheist Richard Dawkins is the latest public figure to have fallen victim to a disinviting mania. After all, if a darling of the left feminist like Germaine Greer can face a campaign to silence her over her views on transgenderism or a woman of color like Ayaan Hirsi Ali can face similar attempts to have her free speech on campus canceled, why should Dawkins be spared?

The English geneticist was slated to give a talk in Berkeley, California in August on his new book Science in the Soul: Selected Writings of a Passionate Rationalist. Over the weekend, however, the organizers (the local community radio station KPFA) announced that they are canceling the event because, apparently, it had been discovered that Dawkins is, in fact, an Islamophobe. They explained that, while their station “emphatically supports serious free speech,” that nevertheless KPFA “does not endorse hurtful speech.”

Disappointingly, the statement from KPFA Radio doesn’t elaborate on what constitutes serious free speech. Nor does it define where the bounds of hurtful speech lie. Of course, it should go without saying that those who wish to do away with all speech that might ever be deemed hurtful to someone don’t actually take the value of free speech that seriously at all.

For what little good it will do him, Dawkins has hit back by insisting that his criticism of the “appalling misogyny and homophobia of Islam” has been made in defense of the rights of Muslims. As he put it in an open letter to the radio: “far from attacking Muslims, I understand–as perhaps you do not–that Muslims themselves are the prime victims of the oppressive cruelties of Islamism, especially Muslim women.”

Given Richard Dawkins’s pretty damning view on religious belief in general, you would have thought the event organizers might have anticipated that this arch-secularist wouldn’t have anything very complimentary to say about Islam either. Yet there is something rather troubling in KFPA’s statement on their discovery of Dawkins’s “hurtful speech.” As the radio station explained: “We had booked this event based entirely on his excellent new book on science, when we didn’t know he had offended and hurt–in his tweets and other comments on Islam, so many people.”

This leaves a question. If Dawkins’s incriminating tweets on Islam eventually came to the organizer’s attention, what about all of his other pronouncements on religion? As in, the many writings and speeches that deal with insulting all the other religions. Are KPFA Radio still yet to stumble upon Dawkins’s international best-selling The God Delusion?  Imagine their sense of horror when they learn of all those hurt Jewish and Christian feelings. After all, Dawkins has had some pretty fiery things to say on the “God of the Old Testament”.

Unless, of course, the organizers already knew all about Dawkins’s past comments on the other religions, but it only became a problem for them when they found out that Dawkins had been saying similar things about Islam. Had Dawkins been silent on Islam and only derided Christianity and Judaism, would he then have still been welcome at the Berkeley event? It rather sounds like it.

Presumably, few would claim that because of his views on the Hebrew Bible, Richard Dawkins is an anti-Semite? Yet these days it seems that it is rather easier for militant secularists to fall foul of the Islamophobia charge. Dawkins has himself spoken out against the Islamic practice of serving apostates with the death penalty. Would calling such things barbaric cross the line into Islamophobia?

And what of atheists more generally, who presumably believe that without exception, all the prophets of the world’s great religions were either wildly self-deluded, or otherwise shamelessly and knowingly fabricated their various holy texts? Would making such a claim about the founder of Islam be classed as insulting the prophet? Judging by previous cases, making such a claim would steer one dangerously close to the borders of Islamophobia, or worse.

Canceling an event with an internationally renowned atheist on the grounds that he has offended the feelings of religious people is, of course, absurd.

That KPFA Radio in Berkeley feel they would like to impose something akin to blasphemy laws now is no less bizarre. Acting in defense of the hurt feelings of one religion is a far more concerning development.

Hopefully, whoever’s job it is at Berkeley to safeguard equal opportunities for religious and ethnic groups will be taking this matter in hand. 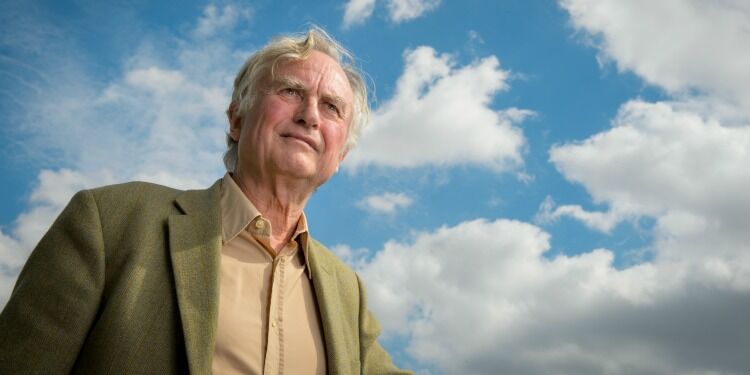