Just before popping off for the Christmas holiday last Friday, International Criminal Court Chief prosecutor Fatou Bensouda released a statement and 112-page “request to the court” for a preliminary ruling.

Bensouda wrote that, in her view, there is a “reasonable basis to believe that war crimes have been or are being committed in the West Bank, including East Jerusalem, and the Gaza Strip.” Her only concern, which she requests the bench to decide, is whether the ICC has jurisdictional authority to treat the West Bank, East Jerusalem, and Gaza as the state of Palestine.

The original “referral” to the ICC from Palestine alleged serial Israeli war crimes in the 2014 war with Hamas (as well as the resettlement of Israelis in occupied territory), the ongoing illegal detention of Palestinians, and, of course, the existence of Jewish settlements in the West Bank and Jerusalem.

In 2012, the UN General Assembly recognized Palestine as having “non-member observer” status in the international body, in effect conferring nation-state recognition. Shortly after, in April 2015,  Palestine acceded to the Rome Statute, giving the ICC jurisdiction over the “state of Palestine.”

The reality, however, is that the existence of the state of Palestine is a highly politicized aspiration. As Hebrew University Professor Yuval Shany, who also serves as Chair of the UN Human Rights Committee, puts it: “Internationally, Palestine acts as if and is accepted as being a nation state for many purposes. This case is taking shape in the gap between political and ‘on the ground’ realities.”

Bensouda, while appearing to defer to the court’s judgment on the jurisdictional issue, makes clear she believes the investigation into Israeli conduct is legally warranted and justified. So why bother with the request for a preliminary ruling?

The cynic would say that she is avoiding responsibility for the very bold step of subjecting Israel to a full-blown war-crimes investigation. A more charitable explanation might be that before embarking on what will be a complex, controversial, lengthy, and very costly investigation, Bensouda wishes to ensure that the outcome will be received by the court as being “legitimate,” and not rejected before trial because of jurisdictional concerns that could have been decided at the outset.

There are media reports of multiple meetings between ICC staff and various Palestinian delegations and supporters but, apparently, a refusal to meet with Israeli officials or non-Israeli supporters of the country’s positions.

Perhaps Bensouda and her staff feel that, as Israel has not acceded to the Rome Statute, there is no obligation for ICC staff to meet with its officials, representatives, or supporters. If reports of such refusal are true, however, it reinforces Israel’s fundamental reason for not joining the ICC club: that, given the tone of international diplomacy, (particularly the UN) vis a vis Israel, the Jewish state is highly unlikely to be treated fairly in any such process or adjudication.

Bensouda has requested a ruling from the ICC on the preliminary jurisdictional question she posed within 120 days. Should the judges agree with Bensouda, an investigation into alleged Israeli war crimes will be authorized within days of Israeli Independence Day, which falls this coming year on April 29—a disconcerting irony at best. 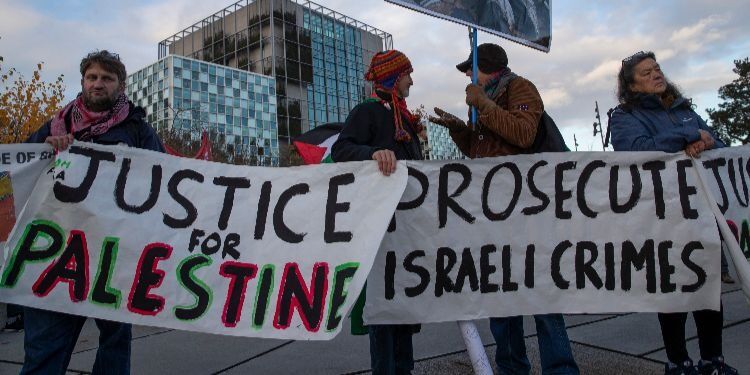