For more than two years, Israel has anticipated that Prime Minister Benjamin Netanyahu may well be indicted on multiple counts of fraud, bribery, and breach of trust. That it has actually happened leaves the nation stunned. Respected by his enemies for his brilliance, tenacity, and political genius, and revered by his supporters, Netanyahu is cornered, angry, desperate. As might anyone be in his circumstances.

On Thursday evening, a very somber Avichai Mandelblit, Israel’s attorney general, spoke on national television, saying that this moment—the first time a sitting Israeli PM will be charged criminally —was not partisan. This very sad occasion, he intoned, must remind us of the duty to safeguard fundamental democratic institutions, founded on equality and accountability for all.

A former career military prosecutor and hand-picked cabinet secretary to Netanyahu from ‘13 to ‘16, Mandelblit was then appointed AG. His tenure has been marked by consistent and accelerating attacks by right-wing political interests, including Netanyahu, on the integrity of the justice system. Mandelblit and his staff have been anything but impetuous, moving glacially before getting to this point, very mindful of the grievous damage that an unsubstantiated prosecution might do to the state and the individual.

Then Bibi took to the airwaves. Shakespearean in his fury, he raged against the conspiracy of interests determined to ruin him and his family. “It is a coup,” he said, “of the justice system to topple his government.” He demanded that the investigators, whom he accused of bias, be investigated. He railed against the police and judiciary. They would not succeed, he warned, because he and his power bloc would not allow it. Condemnation of Bibi from his political adversaries was swift, but support from his allies was slower than usual in coming, a marked change from past political crises. By Friday morning, several of Bibi’s key political allies issued tepid statements affirming their belief in his innocence but saying little more.

Earlier this week, Blue and White Leader Benny Gantz conceded that he could not form a governing coalition. So now, in another first for Israel, all 120 elected MKs now have 21 days in which to attempt to do it somehow—a long shot that may, however, actually result in the unity government desired by the vast majority of Israelis.

Gideon Sa’ar, a very popular Likud member and nemesis of Netanyahu, let it be known on Thursday, before the AG’s announcement, that he believes there should be Likud primaries to select a new leader regardless of the PM’s legal woes. He also confirmed his candidacy.  It is inconceivable that Sa’ar took such a bold, public step without knowing he has the backing of several powerful Likud members. Sa’ar might be able to lead Likud into a unity government with Blue and White and other parties, leaving the ultra-orthodox and more extreme right-wing parties on the sidelines.

There is a view that, by law, Bibi can remain in the PM chair. However, on Friday, the AG indicated that he may release a legal opinion in coming days as to why this may be technically possible but legally unsound.

In my view, should Bibi attempt to continue as PM, his presence and authority would be utterly corrosive. Fighting for his liberty and reputation in criminal court would not only distract from the duty he owes the state, it would sully the institutional integrity of the state of Israel in every aspect. A PM constantly denigrating top justice officials cannot lead the country with moral authority. He must step aside and face the court, as would any other citizen so charged.

Bibi may well be innocent and, as he declares, this could prove to be a vicious, malevolent conspiracy to disgrace him. Then again, it may not. But whatever the ultimate outcome, it is untenable for him to continue to serve as PM when his tactic in defending himself is to be at war with the state.

The country has voted, twice since April, and has not returned a decisive mandate to Likud. Should he force the nation to a third election by refusing to resign, Bibi will surely be trounced, reducing not just himself but his party to a shameful shadow of the great, principled machine it once was. The once-storied Netanyahu name and one of the greatest political leaders of all time, not just in Israel, will be remembered for a bitter, desperate end, not a decade of glory—a tragically avoidable denouement. 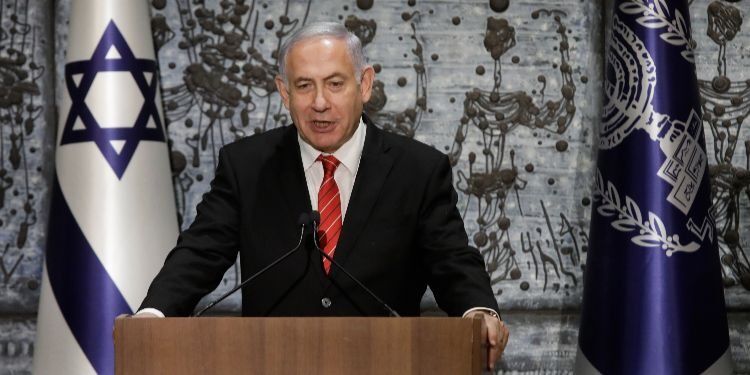