Today, heading into the third election within twelve months, the attention of Israeli voters seems, surprisingly, to be focused elsewhere.

Dominating the news for the last week or so has been the Coronavirus, reflecting Israel’s more extreme vulnerability due to its small landmass and steady flow of foreign visitors. In 2019, more than 4 million tourists passed through the tiny country of 9 million people, rendering it a particularly intense concentration of global movement and, potentially, infection.

Fortunately, the state health apparatus responded swiftly to the outbreak, imposing some of the strictest preventive measures in the world and overtaking the early assurances of the ultra-orthodox minister of health, Yakov Litzman, that prayers would ensure divine protection. Just to be sure, most Israelis were grateful that more concrete measures were put in place.

On Saturday the number of known corona cases in Israel jumped from three to seven. Two of those infected had recently returned from Italy⁠—one from Naples and the second from Rome⁠—a week prior. They returned to Israel before the stringent measures were applied to travelers from Italy, and both have since tested positive for infection.

In a cruel twist of fate, one of the individuals infected is the owner of a costume store. With the imminent onset of the Purim holiday, his store is shuttered. But several hundred parents and children who shopped there are now at home in quarantine.

The ministry has ordered all individuals who traveled on the same flights as these travelers to self-isolate for 14 days. On Saturday afternoon, their precise movements with specific times were published. Anyone who had been in the same places was ordered to self-isolate for two weeks as well.  That is a not small number; several hundred people, added to the approximately 1,500 Israelis now quarantined.

There have been more than a few ruffled diplomatic feathers but that will likely pass quickly. Last week, when Israel imposed a full-on ban on any non-Israeli nationals traveling from or via Italy to Israel from entering the country, the Italians expressed strong displeasure. Within hours of Israel’s precautionary move, however, Italy ascended to the top of the international corona-watch list and, in effect, put much of the northern part of the country on lockdown.

Earlier last week, a planeload of South Koreans traveling from the southern part of the country were turned back at the Israeli border. At the time, there were very early reports of a concentrated outbreak in Daegu where many evangelicals reside and more than a few of those denied entry were from. A few days later, South Korea overtook all countries in terms of new case diagnoses. There are now close to 3,200 known cases in South Korea, many of them among the 2.5 million people in Daegu.

For more than a week, now, any non-Israeli national arriving in the country from China, Hong Kong, Macau, Thailand, Singapore, South Korea, or Japan has been denied entry to Israel. Italy was added to the list shortly after.

As with the global stock markets, the impact of this outbreak is profound and acutely felt in Israel. El Al, the main Israeli airline, is reputed to be laying off close to 20 percent of its workforce immediately. Photographs on social media of Ben Gurion airport taken during the usual mad rush hours⁠—late night to early morning⁠—showed a desolate terminal. There is concern, of course, over the impact of COVID-19 on the tourism industry, particularly as Israel heads into the busy spring and summer travel seasons.

There is a spot of good news from a research lab in northern Israel, though, which has been developing a vaccine for the last four years to counter an infectious bronchitis virus that affects poultry. The vaccine has tested well in clinical trials, and, just for kicks, the scientists in the lab recently compared the poultry virus to the DNA of that affecting humans. The similarities were striking, causing the team to pivot, briefly, and finalize a variation of the vaccine for the global market. If all goes well, the vaccine may receive appropriate regulatory approvals and be available in 90 days.

There was a last-minute appeal by Blue and White leader Benny Gantz to ignore any warnings that may arise today—election day—including warnings that particular polling stations are exposed to the virus. Of course, he attributed such a tactic to Prime Minister Benjamin Netanyahu and his Likud Party.

I’m betting that Coronavirus won’t deter many from voting today, myself included. And to ensure that the 1,500 plus quarantined Israelis aren’t disenfranchised, Elections Israel formed a special squad to make sure that all citizens can participate.

In a country where approximately 37,000 votes translate into a Knesset seat, no party can afford to forego a single ballot, particularly not the third time. 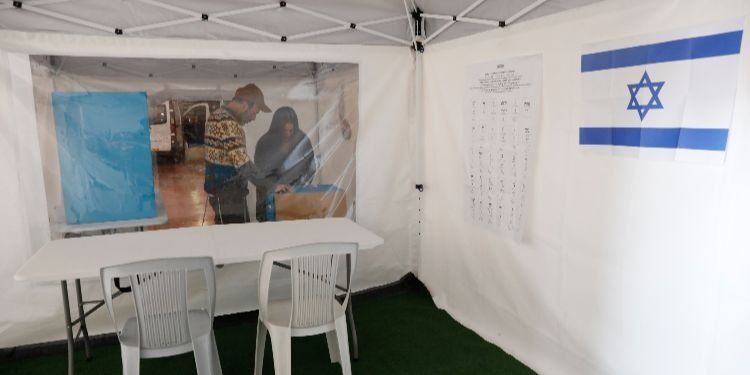