As the first contestants in the Eurovision singing competition arrived in Israel for rehearsal week, Hamas and Palestinian Islamic Jihad shot approximately 700 rockets at Israeli civilians over 36 hours.

It would seem Hamas and PIJ could not resist the temptation. Hamas assumed that—what with Eurovision and all—they were primed to extract maximum concessions from the Israeli government. So, why not send 700 rockets to pound civilians at the beach on a Saturday morning, and throughout the day, and night and the following day, injuring hundreds and killing four?

They even threatened Israel with the ultimatum that, if retaliatory Israeli bombing raids did not cease, they would rocket Tel Aviv and ruin Eurovision. That’s when things got serious.

Eurovision is the largest and most extravagant singing competition in the world. Last year’s Eurovision winner, Israel’s Neta Barzilay, conferred the honor of hosting the event in her home country this year.

It’s a huge deal. Watched by hundreds of millions globally, Eurovision is sort of like the pop music version of the World Series and Stanley Cup. More than 40 countries send their top pick–usually chosen in a domestic “American Idol” sort of reality show format–for a week of competition.

Hamas assumed that the Israeli government and population would be vulnerable to extortion because of Eurovision and concluded that it was clever to strike and force concessions.

They could not have been more wrong.

Elections are done and Israelis are fed up. As the government made clear amid the relentless attacks, the IDF would maintain and increase the retaliatory strikes. Eurovision or not.

And then, Europe blinked.

Israel was treated to the anomalous spectacle of various European countries, and the European Union Representative of Foreign Affairs, Federica Mogherini, falling over one another to condemn Hamas and PIJ unequivocally and demand they end their attacks on civilians.

The usual EU approach is to pretend that Hamas is a rational actor and that there is some sort of equivalence between their attacks on Israeli civilians and IDF retaliation targeting military sites. (Yes, there are civilian casualties, but that is because of the Hamas tactic of embedding arms caches and military operations in residential areas, including schools run by UNRWA.)

This time, strikingly, there were no calls from Europeans for both sides to exercise “restraint.” Only a condemnation of Hamas.

Hamas was reportedly “shocked” that they were so heavily criticized, and understandably so. They are accustomed to attacking Israel and receiving support for doing so, or, at least, having their attacks on civilians considered to be on the same moral plane as Israeli retaliation.

One might be tempted to think that Ms. Mogherini and her colleagues have had an epiphany, but I’m not buying it. Call me a cynic, but I’m betting that they’re just biding time until Eurovision is done. And then there will be a return to form. 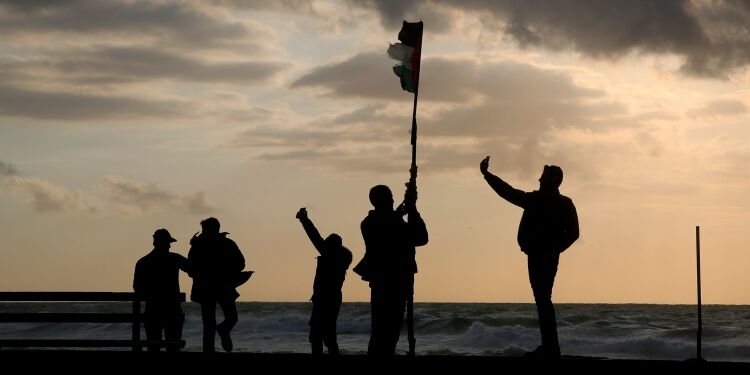 A Moment of Truth for Hamas