Beginning Monday, close to 50 heads of state, senior officials, and assorted royals began arriving in Israel to mark the occasion of the 75th anniversary of the liberation of Auschwitz-Birkenau.

In attendance will be Vladimir Putin, Mike Pence, Nancy Pelosi, Emmanuel Macron, Prince Charles, and many others, including a strong contingent from European countries where millions of Jews were betrayed and slaughtered.

Among the marquee events for dignitaries will be a state dinner hosted by President Reuven Rivlin on Wednesday night. That will be followed by a ceremony on Thursday evening, at which Russian President Putin, among others, will address the room.

The real story, however, is the backstage drama.

Snubbing the entire three-day program, Polish President Andrzej Duda is furious that he was not invited to speak at the gathering. Protocol has determined that only representatives of the Allied victors and the German perpetrators will speak. That President Putin is being so honored further enraged Duda.

The Poles and Russians are engaged in a super-charged war of words amid their efforts to recast history to their advantage. Russia portrays Poland as a nation of Nazi collaborators. And Poland presents Russia as an appeaser, primarily because of the Molotov-Ribbentrop Pact, and alleges that the Soviets were in a position to liberate Auschwitz, and much of Poland, six months before they did.

In Poland’s eyes, Russia is being given carte blanche before a rarefied international assembly of leaders to present and reinforce its historical perspective—one that is heavy on Polish collaboration with Nazis. The Poles, in recent years, have gone to great lengths to advance their preferred narrative, which lauds Polish heroism in resisting the occupying German forces and downplays the vicious and visceral anti-Semitism that plagued and, arguably, is still quite entrenched in Polish society.

Poles were unquestionably persecuted under Nazi rule. They also aided and abetted the extreme persecution of Polish Jews. There is no way that 6 million European Jews (among them close to 3 million Polish Jews) would have been massacred–most between 1941 and 1945–without the enthusiastic collaboration of locals everywhere, including Poland.

Putin’s perceived preferential treatment is, however, mired in layers of realpolitik, which has little to do with the historical squabble between Russia and Poland.

He’s up to his eyeballs in the Middle East, directly influencing conflicts that are at the core of Israel’s interests. In that regard, Poland is, largely, irrelevant.

And then there’s the matter of Na’ama Issachar, a 27-year-old Israeli who was flying home from India last April, via Moscow, when 9.5 grams of marijuana were found in her baggage. She was hauled off to a Russian prison, convicted of drug trafficking, and dealt a sentence of 7.5 years. Na’ama has become a cause celebre in Israel. She could be anyone’s daughter and the sentence meted is beyond exaggerated, even for a drug-intolerant country like Russia.

Na’ama was a gift for Putin, who hoped to barter her freedom in return for that of Aleksey Burkov, a Russian hacker who was being held in Israel before being extradited to the U.S. in early November. In fact, reports suggest that Burkov is scheduled to plead guilty in a U.S. court on Thursday to charges related to multi-million dollar credit card embezzlement in America.

Truth is, when Putin did not cancel his upcoming visit, it was clear that the Na’ama issue would be resolved. Speculation among the chattering politicos in Israel has been that Benjamin Netanyahu and Putin had already agreed to her repatriation. In return, Putin will be rewarded with concessions regarding ownership of a particularly valuable compound in the center of the city to which Russia has strong historical ties. There was no way that Putin would come to Israel to be vilified. Now, he will be a hero, and he may also boost Bibi’s election fortunes.

Just another day on the glam hustings of international wheeling and dealing.

And, then, there is the matter of holding an International Holocaust Forum in Israel at all. Both president Duda and the chair of the Auschwitz-Birkenau State Museum have publicly questioned the appropriateness of the venue. Speaking with Jewish leaders in Warsaw on January 9, president Duda remarked:

Deep within my soul I believe that this is the appropriate place, the best one. I believe that one must not deprive this place of its remembrance by transferring it somewhere else and by stressing somewhere else what happened more than 75 years ago and what took place over that period – from de facto 1940 until 1945.

Duda’s comments remind me of an equally tone-deaf remark made by the spouse of the former Canadian ambassador to Poland. Several years ago, we attended together a ceremony commemorating the Warsaw Ghetto Uprising, in Warsaw, at which the Israeli national anthem “Hatikvah” was played. The Ambassador’s husband, during the anthem, sneered, quite loudly: “Why are they playing that? Israel didn’t even exist during the uprising!”

An Israeli tourist happened to be standing right behind us and finished him off. “He [Mordechai Anilewicz, the leader of the uprising] was a Zionist. That was his anthem.”

My goodness. Could anyone actually consider it inappropriate to play the Israeli anthem at any event commemorating the Warsaw ghetto uprising and, in particular, its commander marking the slaughter of 6 million Jews? Apparently so.

Most grievous, however, and lost in all the buzz and maneuvering regarding the Israeli event, is the deeply personal solemnity of this moment. Of the 800 plus VIP invitees to the state ceremony, at which all foreign dignitaries and Netanyahu will be present, a scant 30 seats were reserved for the few Auschwitz survivors who are able to attend. Others were left off the list. Family members of survivors were not even considered.

As the daughter of a recently deceased survivor, I can think of nothing more important and appropriate, than to honor those who are living. When my father passed, the most difficult phone call I had to make was to his 86-year-old buddy, who was sent to Auschwitz at age 14. My dad was 91 when he died. Yet his friend was distraught. “How could he just give up like that?” They never give up. They never gave up.

And those who are still among us must be honored as the titans they are and were.

When this “oversight” came to light, a Likud MK offered to give his seat to a survivor. That gesture has now been made by other VIPs.

That the handful of men and women who are a living testament to this apocryphal epoch, who will likely not live much longer, should be reduced to scavenging for a seat, in Israel, is incomprehensible. 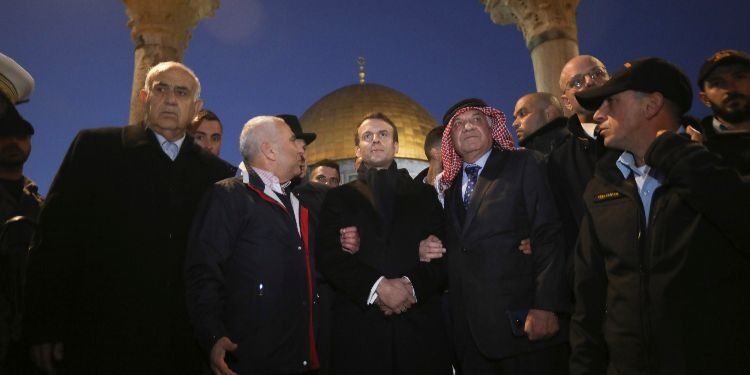